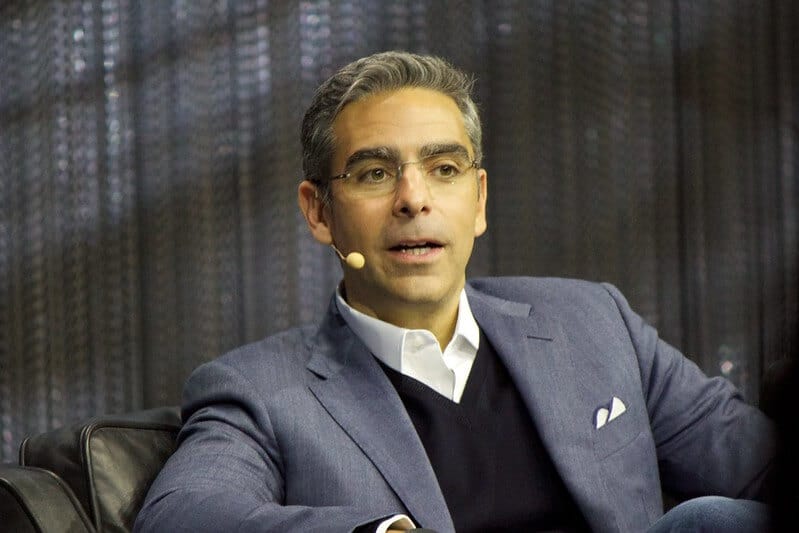 A senior Facebook executive who sits on the Libra board is “optimistic” the digital currency will launch “sooner rather than later”, despite sustained criticism from global regulators.

The social media group said Libra will dramatically cut cross border payments costs, and spur other innovations it hopes will upend global financial services, when it unveiled plans for the cryptocurrency last June.

Facebook is targeting 1.7 billion people around the world who are classed as ‘unbanked or underserved’ by financial institutions.

However, policymakers – from the US Federal Reserve to the Bank of England – have raised concerns ranging from money-laundering, tax evasion and data protection issues.

But the tech giant’s David Marcus (pictured) said: “I’m an optimist. A year ago, we weren’t having the kind of conversations that I think will lead to a regulatory regime that will mean projects like ours and others will see the light of day.”

Marcus, the chief executive of the tech giants blockchain arm Calibra, was speaking at the 50th World Economic Forum in Davos, Switzerland on Thursday.

He added: “All of the members of the association have come together and are starting to address these concerns with one voice. We will have to make changes.”

Marcus said the actual beginning of the Libra project would be “when various companies start building products to serve consumers. My hope is this day will come sooner rather than later”.

Libra is a stablecoin, and will be pegged to a basket of major currencies including the US dollar and the euro. This is unlike the number one cryptocurrency, Bitcoin, a volatile free-floating digital coin.

Facebook and the other 19 members of the Libra association had hoped to begin trading the coin this year, but experts say it will take three or four years to address the concerns raised by regulators.

In October, Group of Seven wealthy nations released a report that said large-scale stablecoin networks should not be allowed to launch until the global risks they pose regarding the stability of the financial system, cybersecurity, taxation and privacy are tackled.

The report said: “The G7 believes that no global stablecoin project should begin operation until the legal, regulatory and oversight challenges and risks outlined above are adequately addressed.”

The wall of criticism levelled against the project has seen a quarter of founding members of the Libra group walk away. Vodafone, Mastercard, Visa, Paypal and eBay have all left the project, to be replaced by less high-profile firms.

In Davos, Marcus shared a platform with Neha Narula, the director, digital currency initiative at Massachusetts Institute of Technology.

She argued that global regulators had to “step up” and set a new framework for changes happening in the payments industry.

Narula said: “It’s interesting to look back at what has happened with our internet today. There are a few very large companies which collect massive amounts of data on people. And essentially surveil them as they walk around their homes and cities. We need to make sure that something like this does not happen with financial transactions.”