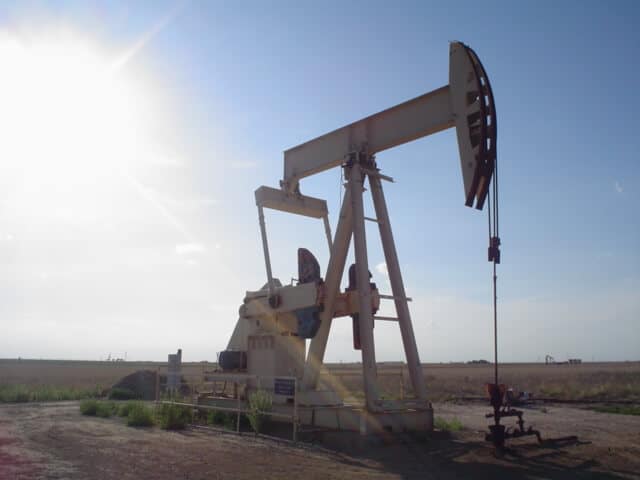 Crude oil has been on a rollercoaster ride for more than a year and the VelocityShares 3X Long Crude ETN linked to the S&P GSCI  has suffered the same bearish fate. On Monday, U.S. crude crashed below $40 per barrel as the weak demand, excess production, and supply glut continue to drive oil prices lower. True to form, the VelocityShares 3X Long Crude ETN lost a massive 10.42% to end the session at $16.68.

However, oil prices have started to edge up in European trade this morning and oil investors might be able to breathe a sigh of relief when U.S markets open later today. As at 06:50AM GMT, the U.S. West Texas Intermediate (WTI) was up $0.15 to trade around $40.21 per barrel.

The International Brent Crude oil futures was up $0.19 to trade around $42.33 per barrel. The gains have also started trickling down into the U.S. market and the VelocityShares 3X Long Crude ETN was up 2.52% in premarket trading to $17.10.

The demand and supply dynamics of crude is skewed to push prices down and expand the bearish outlook on the energy industry. Data on global oilrig count reported an increase to 1,407 becuase U.S. drillers are pumping more oil. Actual oil production is also increasing and Iraq is getting back on track to attain full production at a steady pace.

The fundamentals of weak demand and strong supply are causing analysts to maintain a pessimist outlook on the energy industry.  Analysts at BMI have also observed that “The supply and demand balance will be tighter in 2017 and 2018… Weaker crude throughput at refineries will lower crude demand.”

Matt Smith, an analyst at ClipperData observed that oil prices would fall lower going forward. In June, Smith said oil prices would fall to $40 per barrel at a time when investors were basking in the positivity of its ascent to 2016 highs above $50. When he made the prediction that oil will fall to $40 per barrel in June, many people thought that he was a doomsday prophet; however, his forecast came through on Monday.

In his words, “I see it going lower from here… We have this glut here in the U.S. not only in crude but for products, as well. We’re actually at record inventories for the two of those.” He also noted that “speculators increased their shorts by the biggest volume on record… for WTI crude…, dragging the net long position in WTI to its lowest since February”.

Light at the end of the tunnel

Despite the bearish and gloomy outlook for crude oil and VelocityShares 3X Long Crude ETN , some analysts believe that there is light at the end of the tunnel.  Ed Morse, head of commodities research at CitiBank believes that oil could rise up to $50 by the end of this year and that it would rise above $65 per barrel by the end of 2017.

Morse observes that the energy industry is at the verge of experiencing a structural change. In his words, “the bears in the market are not perceiving ” a fundamental change that is “likely to make this dip a lot more temporary than those who are shorting the market now believe it to be.”