The rumor mill was back at work this week regarding the possible acquisition of the popular yet struggling social media company, Twitter Inc .

As Twitter stock continues to tank, the online social networking firm becomes a potential acquisition target for a number of firms, including Alphabet Inc, AKA Google .

Twitter Inc  has been a publicly traded company (PLC) since November 2013. The company is listed on the New York Stock Exchange (NYSE) and the large American investment bank Goldman Sachs was the lead underwriter for their initial public offering (IPO). Twitter issued 70 million shares at a price of $26 per share. They released their first results as a public company in February 2014, showing a net loss of $511 million for the last quarter of 2013. Nearly two years latter, twitter’s decline has continued. Twitter failed to grow (in terms of number of users), and many analysts believe that this is a core issue for the company.

A few days ago, Twitter’s stock fell to record low levels, at less than $16 per share. Twitter’s share price peaked in December 2013, reaching $73 per share (nearly 5 times its current price.) To add to their issues, on the 19th January 2016, there was an international Twitter outage which lasted for around 1 hour, with technical issues continuing for most of the day. 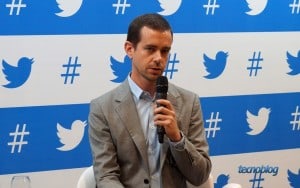 In 2015, as the company continued to show little growth and investor enthusiasm waned, many called for the removal of CEO Dick Costello.  In his absence, co-founder Jack Dorsey filled in as a temporary CEO. Dorsey is also the founder and CEO of Square Inc which IPO’d at the end of 2015. Square provides payments and point-of-sale (POS) systems, which includes hardware and software to accept payments.  Unable to identify a suitable full-time CEO for Twitter, Dorsey was appointed to the role.  Under Dorsey’s leadership Twitter has introduced some changes and improvements to the product but nothing so far has helped.

Twitter’s current low share price means that it is an exciting takeover proposition, especially when you consider its potential. Shareholders are hoping for an acquisition, as this is likely to increase its share price, which has lost around 50% of its value in the past 3 months alone.

There has been speculation that News Corp  is interested in acquiring the firm (though this was denied by a News Corp spokesperson.) As already mentioned, Google is another candidate to purchase Twitter. Google’s own social network (Google+) has failed to gain any real traction, and Google has always expressed an interest in real-time behavior analysis. However, it has been pointed out that Twitter & Google already have a deal (in terms of real-time data analysis.) Therefore, Google may not have anything to gain from the acquisition.

Facebook Inc  has reportedly tried to acquire Twitter in the past, and its name has sprung up once again as a potential buyer. Facebook has previously shown that it is willing to purchase loss making companies, such as WatsApp. Therefore, Twitter’s losses are unlikely to make Facebook hesitant to purchase the firm.  Other potential acquirers include Apple, which has a large amount of funds, so finance will not be a constraint if they were interested in buying Twitter.

Online retail giant Amazon could also be a potential buyer, as they have the necessary funds to do so, but there hasn’t been any solid evidence/information which suggests that they are interested in doing so. Microsoft may also purchase Twitter, as it needs to move away from the retail software business (which is in decline.) While there is a good chance that Microsoft will be moving into other markets, it is unclear if they want to move into the social networking market. It has also been suggested that Twitter may go private (like Arcadia Group did in 2002.)

Twitter Inc’s future remains uncertain, and even if it was to be acquired, there is no guarantee that the network could resume its growth & yield a profit.