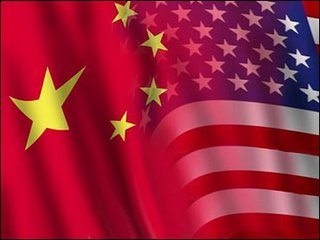 (March 2012) The United States Treasury debt stands at $15.58 trillion, with over one-third of that debt held abroad. One country is clearly the United States’ biggest creditor – China, to whom the U.S. owes $1.16 trillion.

Why is China such a big holder of American government bonds? There are two main reasons:

The double-edged sword of diversification of currency

Diversifying by selling off its U.S. Treasury bonds might seem like a good idea for China. The impact on the bond market of this diversification would be significant. Treasury bond yields might move up by as much as 2 or 3%, forcing the prices of other bonds to move down accordingly as well.  While China might be able to sell off a minor piece of US Treasuries at the current market prices, they would actually dramatically decrease the value of their own investment by trying to sell them.

Additionally, there would also be an economic backlash on China. If China sold its US dollars, the American currency would drop in value, Chinese goods would become more expensive and Chinese exports would drop. Tthe effect would damage Chinese factories and trigger unemployment.

Still only one real investment choice

China’s other choice is to use the US dollars it keeps amassing to buy or invest elsewhere. The challenge for China is to find enough good purchasing options. Buying up European and Japanese debt is one tactic, but the bond markets concerned are not big enough to handle the amount of money China has to invest. Initiatives to have Chinese companies invest abroad and to have Chinese consumers increase their spending can’t yet help enough either. China is left with little alternative but to continue what it has been doing so far: continue buying the biggest and most liquid investment product in the world, meaning U.S. Treasury bonds.

For the moment, there is an uneasy equilibrium in place. The U.S. hopes China will increase domestic spending; China criticizes the fiscal policy of the U.S., while hoping for improvement in the U.S. debt situation and a dollar that does not devalue, so that the net worth of China’s dollar-based assets remains unaffected. On the other hand, both countries want to avoid what would be a mutually destructive U.S. Treasuries sell-off.