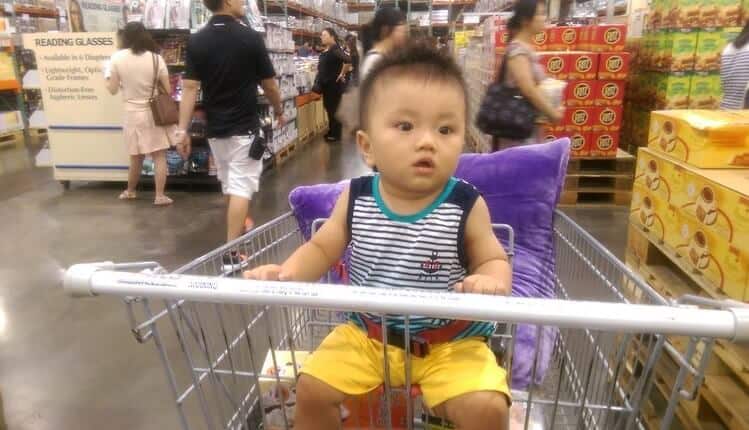 Costco’s quarterly earnings will be posted on Thursday with analysts expecting higher sales but shrinking margins amid the pandemic, as consumers flocked to essential retailers.

Big-box consumer wholesaler Costco will report its third fiscal quarter earnings after the market closes with revenues forecasted to range between $36.5bn and $37.1bn, up from $34.74bn the previous year.

Analysts emphasize the importance of the company’s aggressive pricing, which focuses on significant discounts for bulk purchases, to attract higher volumes from customers who wanted to stockpile essential goods during the outbreak.

Meanwhile, earnings per share for the Washington-based wholesaler are expected to range between $1.90 and $1.95, which is 7% and 5% less than the $2.05 it turned in the year before respectively.

However, analysts warn that the company’s lower profit margins come from these deep discounts and may be responsible for the drop in group profit, although this has to be weighed against the potential long-term benefit of attracting new members to fuel future growth.

Costco’s (COST) shares have performed held up this year and are in line with rivals such as Walmart, although it lags behind Dollar General.

Shares in the wholesaler traded at $301.97 at the end of Thursday’s session, as businesses continue reopening throughout the US. Costco stock has gained 4.20% since January compared to a 6.5% and 15% gain seen by its rivals Walmart and Dollar General. 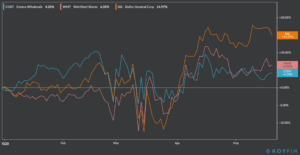 Costco Wholesale, founded 43 years ago as Price Club, successfully navigated the crisis triggered by the coronavirus outbreak by expanding its e-commerce unit, which has seen tremendous growth over the last few months. The retailer’s e-commerce sales surged by nearly 87%, while total revenues declined by 1.8% compared to the year before, according to company’s report which covers April.

Costco Wholesale shares can be traded by using one of these free stock trading apps or they can be bought through one of the brokers featured in our list of best stock brokers.