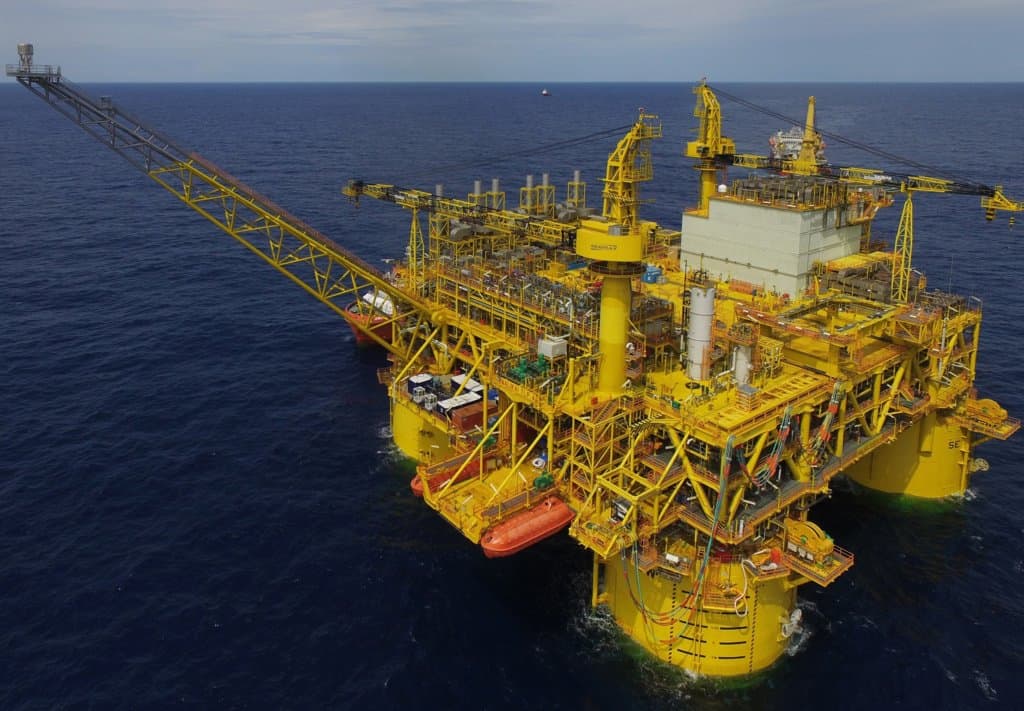 ConocoPhillips (NYSE: COP) stock halved in value in a month due to a crude oil price crash sparked initially on coronavirus fears, but then crystallised into a market share war between the industry’s largest producers.

US producers are feeling more pain of crude oil price fall than other producers around the world because of their higher breakeven level, and the narrowing trading prices between the US WTI oil and Europe’s Brent crude.

“The big loser will be US shale, where the Republican government will possibly face a bailout decision on a heavily indebted industry sooner rather than later,” said Jeffrey Halley, a senior market analyst at OANDA in Singapore. 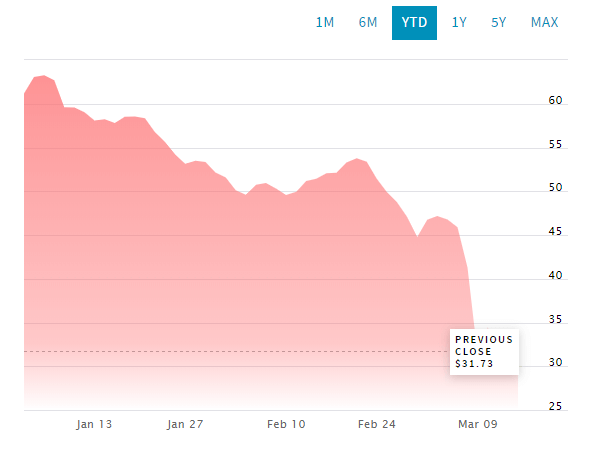 Brent crude oil fell close to 7% to just below $33 a barrel while WTI declined 5% to $31 a barrel – crude oil prices are down almost 50% since the start of this year.

The latest oil price drop is supported by the second unscheduled Federal Reserve’s interest rate cut, along with US President Donald Trump’s pledge to fill the strategic oil reserves of the world’s largest oil consumer. 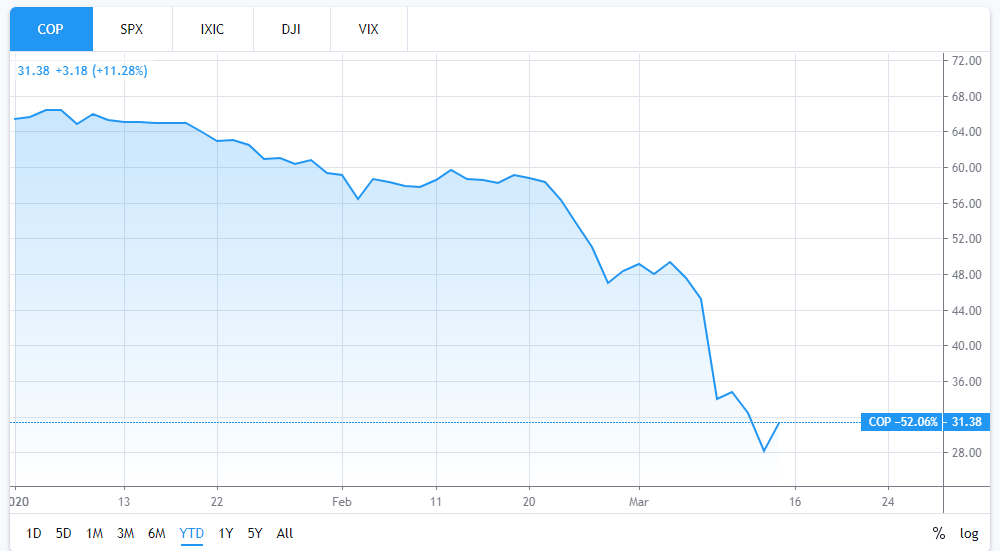 ConocoPhillips, which claims to have the lowest breakeven level among US producers, is feeling the pressure of oil price drop. Its stock price dropped close to 50% in a month to the lowest level since the 2008 financial crisis. Moving averages and short-term price predictions are hinting more downside in the coming days. 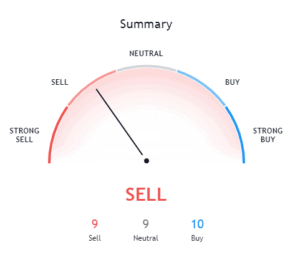 ConocoPhillips recently said it has the potential to remain cash flow positive around $35 a barrel.  However, in 2018 ConocoPhillips announced a ten-year plan of generating $30bn from free cash flows at an average price of $50 a barrel.

The company also announced to repurchase $25bn of common stock over the next decade along with investing in growth opportunities. The oil price crash will test ConocoPhillip’s cash generation potential. “We have laid out a powerful 10-year plan based on our formula for value creation and we look forward to successfully delivering that plan in the quarters and years ahead,” Ryan Lance, chairman, and the chief executive said during the fourth-quarter conference call last month.