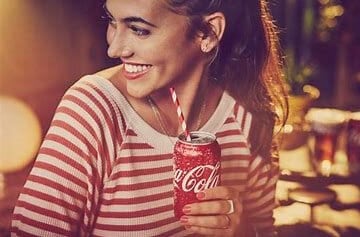 Coca-Cola is expected to report lower revenues and profits in the second quarter when it reports next  Tuesday. The beverage industry has not been immune to the pandemic which has hit Coca-Cola harder than its soft drinks rival Pepsi.

Zacks consensus estimates show that analysts expect Coca-Cola’s second-quarter revenues to fall 24% year over year to $7.59bn, while the company’s earnings per share are expected to fall 31.7% to $0.43.

Pepsi, that reported its second-quarter earnings on Monday posted better-than-expected earnings with sales falling only 3.1% to $15.95bn as compared to the corresponding quarter in 2019. Pepsi’s adjusted earnings per share came in at $1.32, better than Wall Street’s estimate of $1.25 for the quarter.

However, Coca-Cola’s revenue mix differs from Pepsi, in that generates a lot of revenue from packaged food and snacks, whose sales are largely immune from the stay-at-home orders. But Beverage sales have taken a hit as places such as cinemas were closed while traffic at convenience stores and gas stations fell.

In March, Coca-Cola withdrew its 2020 guidance due to the pandemic. In a note accompanying its first-quarter earnings in April, Coca-Cola said: “In March, as the coronavirus pandemic spread globally, countries meaningfully increased social distancing and shelter-in-place mandates.”

It added: “In markets around the world, the company subsequently saw significant changes in consumer purchase patterns, notably substantial declines in away-from-home channels. In at-home channels, the company witnessed early pantry loading in certain markets, followed by more normalized demand levels, along with a sharp increase in e-commerce.”

However, it sounded positive about its China operations. “We’re seeing encouraging signs of increased consumption as outlets reopen, resulting in sequential improvement in China,” said the company. However, it added: “Consumption is still lower than the prior year, and we expect a full recovery to take time, especially as there are still limits on crowd sizes.”