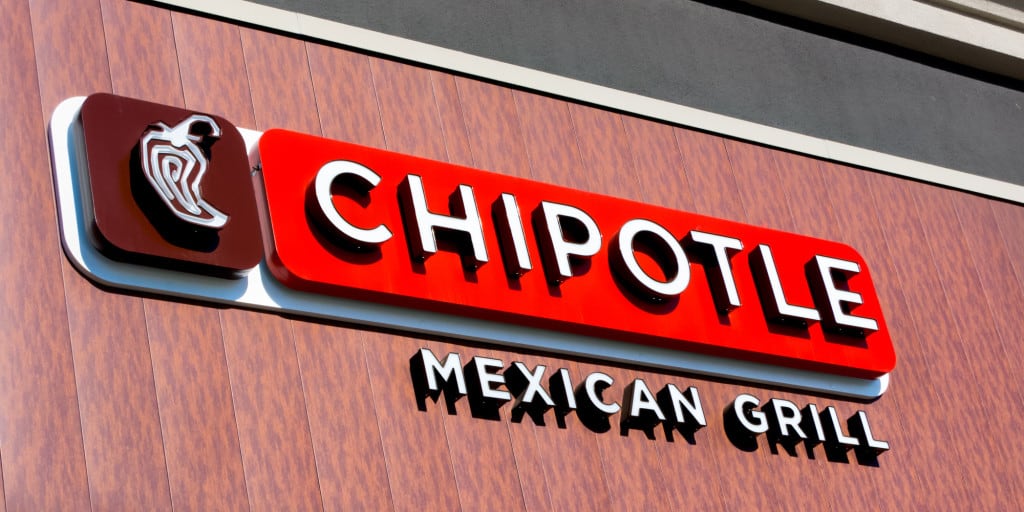 Chipotle Mexican Grill, Inc.  stock has tumbled 10% in the past one month amid the expanding E.coli outbreak. But several analysts still reckon the shares are a “buy.”

The fast food chain has long been a Wall Street favorite, but investigations related to the recent E.coli outbreak compelled the firm to warn investors of a same-store sales dip in the fourth quarter. However, quite a few analysts expect sales to recover during fiscal 2016.

RBC Capital Markets continues to hang on to its “outperform” rating. In a note to client, the bank said, “It is heartening to see how Chipotle has swiftly taken steps to increase the rigor of its product testing with outside consultant perspective. We still believe that Chipotle’s reputation for ‘Food with Integrity’ will be restored.”

Chipotle Mexican Grill, Inc.  shares fell 1.7% on Monday. But the slide didn’t end there and continued in to late after hours trading following reports that some students may have fallen ill after dining at a local Chipotle restaurant. Chipotle did not immediately comment on the news.

Food Safety Issues Lead to Temporary Volatility in the Stock

An E.coli outbreak at the start of November forced Chipotle to shut 43 of its restaurants in Washington and Oregon. They were reopened on November 10. But new cases emerged, and as of December 02, 52 people have been infected, with 20 being hospitalized. 47 of those infected said they ate at Chipotle in the week before the onset of the disease.

The Centers for Disease Control is yet to identify the cause of the outbreak, but said last Friday that evidence points to “a common meal item or ingredient served at Chipotle Mexican Grill restaurants in several states.” The investigation is ongoing.

However, the recent spate of bad news hasn’t made Wall Street shun the stock. Piper Jaffray & Co. joined the list of firms who have reiterated their “overweight” rating.

In a note to clients on Sunday, Piper Jaffray wrote, “We have maintained our positive bias as we believe the company’s long-term unit growth potential does not appear to be impaired.”

Analysts at Credit Suisse also seems to agree with that assessment. “Historically, these types of food safety events have had a relatively minor impact on long-term sales and EPS forecasts. As such, we are maintaining our outperform rating on Chipotle,” the bank said.