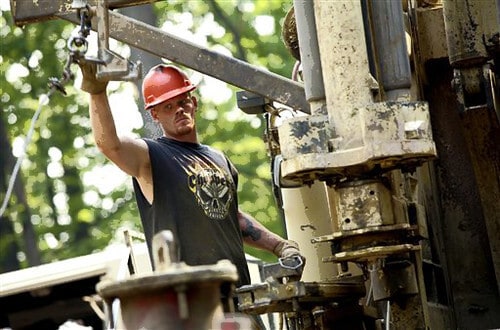 Chesapeake (NYSE: CHK) stock price plunged to its lowest ever level, driven by the biggest crude oil price selloff since the first Gulf war in 1991. Besides the crude oil selloff, market analysts have been downgrading its ratings and questioning its survival due to its high debt loads.

“I wouldn’t be surprised to see 55 to 60 bankruptcies [in this sector]” this year, compared with 50 last year, said Raoul Nowitz, managing director of restructuring and distressed asset support services at SOLIC Capital. That number may grow if the price slump persists for an extended period, he said.

Chesapeake Energy is due to pay $192m of bonds in August out of its massive $9bn-plus of total debt. Its chief executive Doug Lawler recently said in January the firm plans to sell more assets to survive in a low-price environment.

Analysts have shown concern over the group’s strategy of moving from gas producer to become an oil producer considering the oil price collapse.

Chesapeake stock price plunged almost 94% in the last twelve months. The shares are currently trading around $0.16, the lowest level on record.  Chesapeake turned in net loss of $346m in the latest quarter. The full-year loss came in at $416m; the management forecasts 2020 capital spending budget cut of 30% from the previous year.

The Bloomberg report put four other players on its list: Whiting Petroleum (NYSE:WLL), California Resources (NYSE:CRC), Unit Corp. (NYSE:UNT) and Ultra Petroleum (OTC:UPLC). All of these shale producers are struggling to generate enough cash flows to meet their financial and debt requirements. The oil price collapse makes things even worse for these companies, as they are due to pay down debt later this year.