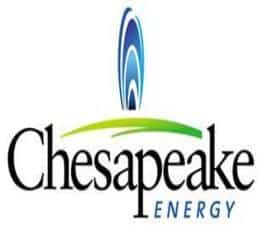 Why does it not surprise me that once again, Chesapeake Energy has been in the news for something I will simply call out of the ordinary?

In recent days, Chesapeake has spent plenty of time trying to deal with the ramifications of forgetting to call its 6.775% coupon, 3/15/2019 maturing bond (CUSIP 165167CH8).  The battle with bondholders over whether Chesapeake was too late when attempting to call the bonds at par has landed the company in court.  Bondholders are arguing that if Chesapeake wants to call the 2019 maturing note, it must do so not at par, but at a make whole price.  Chesapeake believes it has the right to do so at par and has actually delivered notice to the Depositary with instructions to redeem the notes at par.

At the same time Chesapeake Energy is fighting with its bondholders over whether it will owe roughly $400 million extra dollars of interest, it also went to market with a three-part, $2.3 billion bond offering.  Before I share the details of the bond offering, I would like to bring up to speed those readers who haven’t heard about Chesapeake’s court tussle.

Given that Chesapeake called the bonds on March 15, 2013, you might be wondering what the problem is.  The bondholders claim Chesapeake missed its opportunity to call the bonds at par because of language in the indenture.  According to Section 3.04 (a) of the indenture, Chesapeake must provide notice of a redemption “At least 30 days but not more than 60 days before a redemption date.”  The same information can also be found in the bond’s “Prospectus Supplement” under “Redemption Procedures.”

My perspective on this issue is the following:  Chesapeake, for some reason, missed the deadline to call the bonds at par.  The company clearly wanted to call the bonds at par, is embarrassed, and is hoping the courts can rectify the mistake it made.  I agree with the bondholders that Chesapeake missed its opportunity to call the bonds at par.  Furthermore, Chesapeake appears unwilling to pay a make whole price at this time.  Therefore, I think the appropriate solution, at this point, is for the call notice to be deemed invalid, and for Chesapeake not to be forced to pay the make whole provision.  Instead, the bonds would remain outstanding, and Chesapeake could choose a future date to call them (at a make whole premium) if the company so desires.  I am sure this solution is not pleasing to either Chesapeake or the bondholders since neither party gets what it wants.  But Chesapeake should simply fess up and admit it made a mistake.  And bondholders should consider themselves lucky that Chesapeake made an unusual mistake and that they get to keep their bonds paying a coupon of 6.775% in this ultra-low-interest-rate world.

Chesapeake Energy is likely fed up with investors who own the 2019 maturing bond.  But at the same time, Chesapeake probably also loves its bondholders who are helping the company be able to issue lower-coupon debt and retire higher-coupon debt.  The latest example comes from the recently-priced three-part bond offering.

The newly issued Ba3/BB- (Moody’s/S&P) rated senior unsecured notes will settle on April 1, 2013 and include the following details:

Given Chesapeake Energy’s, shall I say, “unique” interpretation of redemption provisions for its 2019 note, I caution readers to, from here on out, be guarded in their interpretations of Chesapeake’s call provisions.