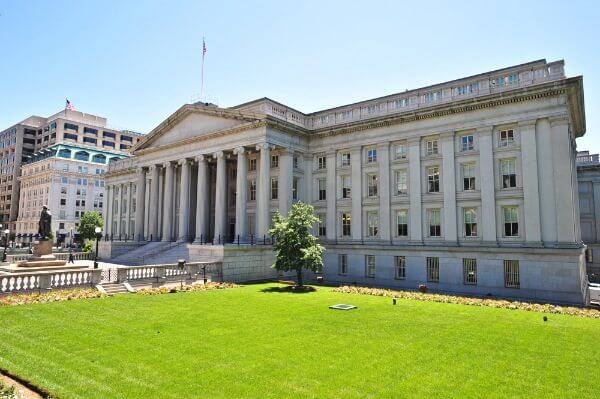 The worlds central banks are planning ahead and intend to cut their exposure to longer-term Treasury debt to protect themselves from losses when the Federal Reserve finally ends its bond-buying this autumn, increasing the risk of instability in global markets. According to the Financial Times.

According to a recent survey of 69 central bank reserve managers, by Central Banking Publications and HSBC, many central banks have already started to move into riskier assets, such as equities. And that trend looks set to continue, with just under half of those polled saying they could envisage buying shares or exchange traded funds. Others said they would cut the duration of their bond portfolios.

While mass bond buying through quantitative easing and cuts in interest rates to record low levels have been credited with staving off another Great Depression, other central banks will be among the biggest losers from the return to normal because many have invested heavily in advanced economy government debt.

While the Fed is the biggest holder of its government debt, it is closely followed by other central banks, which invest a significant slice of their $11.7tn reserves stockpile in the sovereign bonds of the world’s largest economy.

As conservative and secretive asset managers, they have traditionally invested heavily in US Treasuries because the size of the market – the largest and most liquid in the world – gives them quick access to dollars they can sell to stabilise foreign-exchange markets.

Bloomberg: – Oregon senior facility looks east for inaugural bond. – Rose Villa Inc., a retirement community in Oregon, is borrowing in the $3.7 trillion municipal market for the first time with an unrated $62 million offering this week through a Wisconsin authority.

Bloomberg: – Bridges crumble as muni rates at least since ’60s ignored. – No state is needier than West Virginia when it comes to fixing crumbling highways, airports and water works, with annual repair needs of $1,035 per resident that’s three times the national average.

Vanguard: – The municipal bond landscape. – Vanguard municipal bond expert Chris Alwine reviews what’s happened in the muni market over the past year and emphasizes the importance of keeping a long-term perspective.

FT: – U.S. develops a taste for Asian bonds. – Debt bankers in Hong Kong and Singapore are having more and more late nights. But rather than wasting the twilight hours at the local drinking hole, many are stuck at their desks waiting for a call from the other side of the Pacific. The reason: success or failure of Asian bond sales – which used to be a predominantly local affair – is increasingly influenced by appetite from credit investors in the US.

Financial Post: – Bond market has big mom-and-pop problem coming. – It’s never been easier for individuals to enter some of the most esoteric debt markets. Wall Street’s biggest firms are worried that it’ll be just as simple for them to leave.

Morningstar: – High yield bonds not in a bubble but growth is hard to find. – Strategic bond investor John Pattullo of Henderson admits that the opportunity for capital growth in the bond market is falling, but there are still attractive yields.

InvestmentNews: – Emerging-markets rebound hasn’t convinced everyone. – Last month investors sent $45B into emerging markets, the most money to developing countries in 20 months, despite Fed taper.

MarketWatch – How bond investors are hurting themselves. – There’s an old saying that the stock market can remain irrational longer than investors can remain solvent. But when it comes to the bond market and dealing with interest rates, solvency isn’t the issue.

Barron’s: – No exit from bond funds? – A well-thought-out exit strategy is vital to the success of a mission, as the recent events in Iraq demonstrate quite dramatically.

CNBC: – ETFs for investors who need bond income. – A decade ago, investors were still trying to figure out how to use the first bond ETFs. Three iShares Treasury ETFs and one iShares investment-grade ETF launched in July 2002. Now there are more than 265 bond ETFs and assets exceed $275 billion.

Barron’s: – No exit from bond funds. – In this case, hell could be other investors and a communal desire to jump out of these funds as interest rates rise and prices fall.

Fundweb: – Bond ETFs shatter 2013’s flows by May. – Net inflows into European fixed income ETFs for the year to May have already outstripped 2013’s total inflows by almost 15 per cent.

Gross: Draghi says LTROs until 12/2016 is a “signal” that policy rates stay low for longer period. #ECB has a “New Neutral” too.