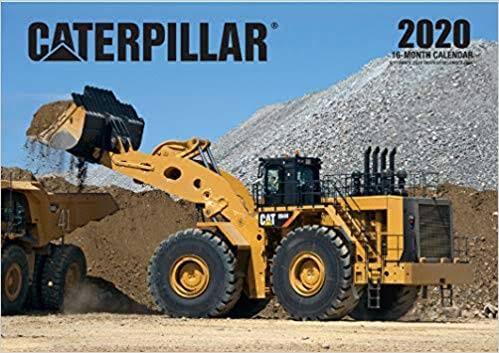 Caterpillar (NYSE: CAT) shares bounced sharply in the past few months amid expectations for the trade agreement between the two largest economies. Unfortunately, slowing economic growth and higher inventories have been negatively impacting its financial numbers.

The lack of financial growth is likely to create pressure on its share price in the short-term. Slow economic growth combined with higher inventories has forced the machinery maker to reduce its production plans.

The company says customers are waiting to see the outcome of trade talks and the economic environment before buying new products. Caterpillar shares are currently trading around $140, down slightly from the 52-weeks high of $148 a share.

The company has been experiencing a steady decline in sales over the past few months. For instance, its three-month rolling sales growth in the region slowed to 4% in October. This represents the slowest growth since mid-2017.

The company had also missed third-quarter revenue and earnings estimates. In addition, it has lowered the outlook for the full year. Its third-quarter sales declined 6% from the same period last year. The earnings per share dropped 8% from the year-ago period.

“Our volumes declined as dealers reduced their inventories, and end-user demand, while positive, was lower than our expectations,” said Caterpillar Chairman and CEO Jim Umpleby.

Caterpillar is famous for offering strong cash returns to investors. It is among the dividend aristocrats as it has raised the dividends in the past 26 years in a row. However, poor financial numbers could also create a negative impact on dividend growth and share buybacks. 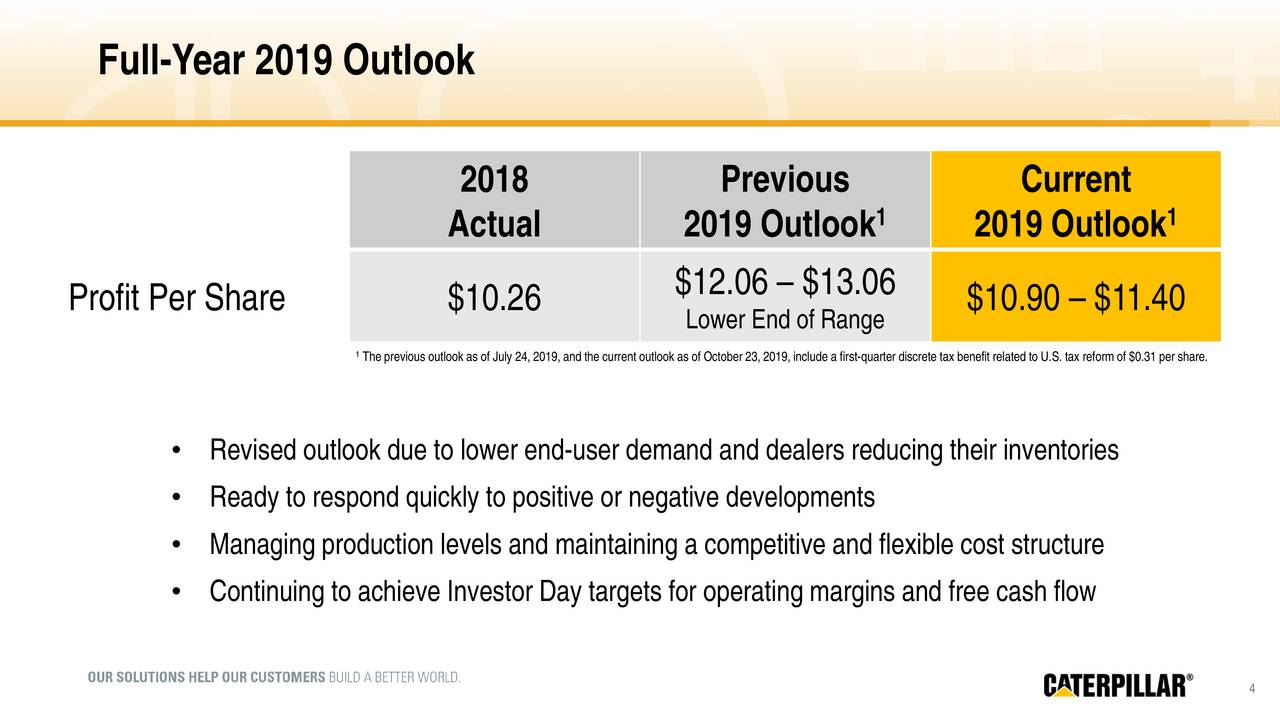 The company expects to generate earnings per share in the range of $10.90 to $11.40, compared to previous guidance of $12.06 to $13.06 range. The huge decline in earnings creates pressure on its payout ratio, which is currently standing around 40%. Overall, Caterpillar shares need support from financial numbers.