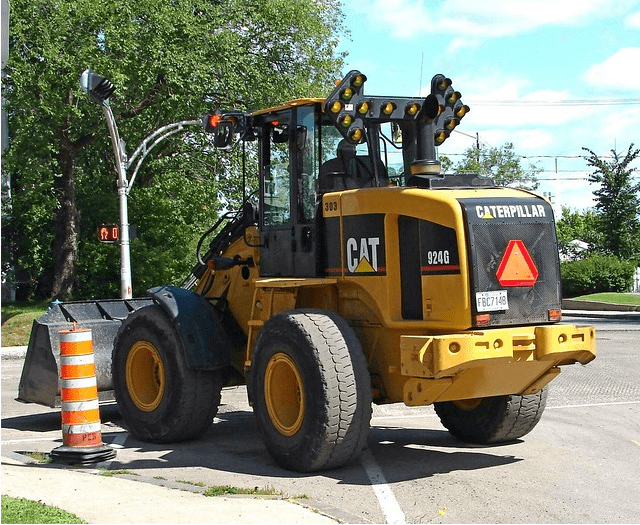 Caterpillar shares are heading lower on pre-market stock trading activity on Wall Street this morning despite beating analysts’ estimates for its financial results covering the third quarter of 2020.

The heavy machinery manufacturer reported this morning that it saw its revenues decrease by 23% at $9.9bn during the three-month period ended in September 2020, with sales dropping at a similar pace all across the business’ different segments as companies around the world kept slashing their capital expenditures to raise their liquidity positions.

Meanwhile, independent dealers kept downsizing their inventories during the third quarter of the year, while the company expects that this trend is likely to continue during the fourth quarter as the pandemic has endured for longer than expected.

Sales in North America – the largest geographical segment for the firm – dropped the most, plunging by 30% during the quarter at $4.25bn, followed by Latin America, where revenues slipped 36% at $772 million amid the crisis.

Gross profit margins for Caterpillar slid as much as 285 basis points, ending the quarter at 30%, which partially explains why the firm’s operating profit more than halved during the three-month period, landing at $985mn compared to $2bn the firm managed to keep a year ago.

That said, Caterpillar’s order backlog increased $500mn during the period, although it remains at a level that is $1.2bn lower than last year. On the other hand, the Deerfield-based company expects that dealers will continue to reduce their inventory levels by at least $700mn during the fourth quarter of the year as a prolonged pandemic situation keeps slowing down the pace of the global economic recovery.

Earnings per share ended the quarter at $1.23, which represents a 54% decline compared to a year ago, although the firm beat analysts’ estimates of $1.17 for the three-month period.

Why are Caterpillar shares down?

The combination of lower gross profit margins, prolonged inventory downsizes by dealers, and a weak outlook for the remaining quarter of the year could be weighing on Caterpillar shares, although the pre-market price action shouldn’t be considered a reliable measure of what market participants feel about the report.

What’s next for Caterpillar shares?

Caterpillar shares are dropping 1.4% at $161 per share this morning after seeing a sharp 3.2% plunge yesterday amid a broad-market risk-off move.

The virus situation keeps weighing on the heavy machinery giant’s outlook as the construction and energy industries have been severely disrupted as a result of the outbreak.

Meanwhile, a resurgence of the virus in both the United States and Europe could threaten to derail the firm’s recovery, as companies may prolong their contingencies to stockpile cash – with capital expenditures usually being the first item in line to be slashed as part of those measures.

In that context, Caterpillar shares seem to be trading at levels that are somehow unjustified given the uncertainty that surrounds the short-term future of the business, as they are very close to reaching their 2018 all-time highs.

The weekly chart above shows that the stock price has rebounded strongly off its March lows, which has ended up forming a bearish rising wedge pattern that could lead to a reversal in the price of the stock if market players feel the stock has little upside at this point.

It would be hard to see the stock surging above its ATH given the disappointing performance of the firm during this quarter – along with the bleak outlook – which means that the path of least resistance for Caterpillar shares is down.

If market players were to offload their positions at this point, support could be found at $150, at which point the firm would be trading at 24 times its next twelve-month earnings, while offering a 2.7% dividend yield for investors.