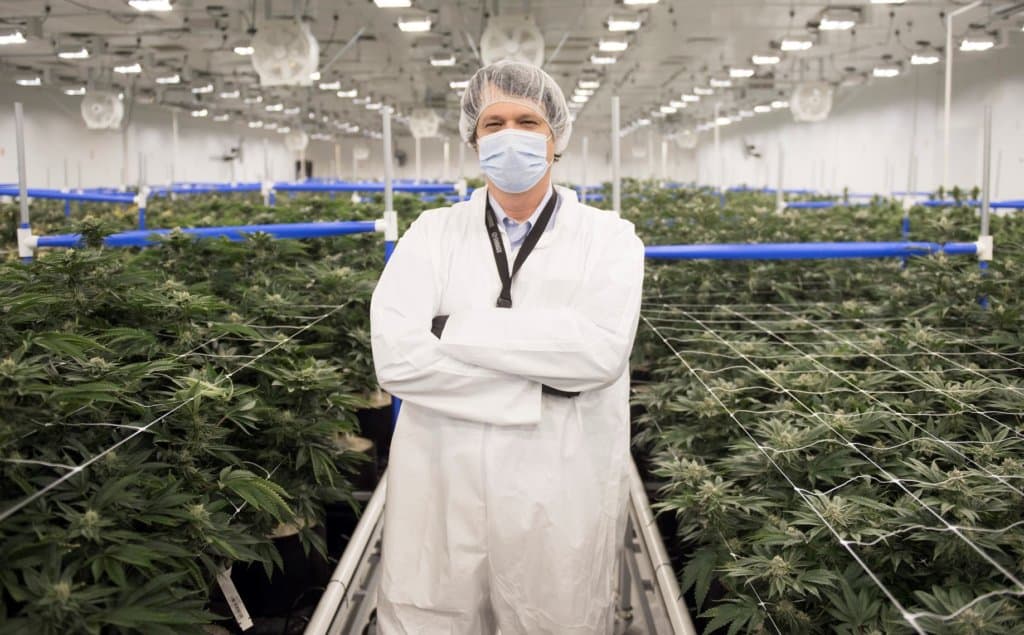 Aurora Cannabis (NYSE: ACB) has lost more than 90% of value over the last twelve months amid investor disappointment at losses, despite being rated as one of the top cannabis stocks in the market.

The Canadian firm’s stock is trading up 2% at 81 cents on Nasdaq on Friday afternoon, having been worth $9.17 a year ago.

The stock popped up above $1 last Friday, for the first time in weeks. Also, the business launched the roll-out of a range of new products, called 2.0, such as vapes and gummies in spearmint, peppermint and raspberry flavours in January, which supporters of the stock hope will begin to turn its fortunes around.

In February, the Edmonton-based company posted an adjusted loss of $80.2m in the second quarter compared to $39.7m in the previous three months.

The week before it added it was taking $1bn in writedowns and would lay off 500 workers as part of a restructuring of its spending plans, that also saw the departure of its chief executive Terry Booth. The firm said it had started its search for a new boss.

Lack of profitability and lower than expected growth in revenues indicates that Aurora will rely on debts to support its operational activities. Aurora Cannabis ended the latest quarter with $156m in cash, while its operating costs stood around $149.5m, indicating a week cash position to cover operational costs.

The company says they have begun working on a business transformation plan to drive down the costs, expecting to decline run-rate to $40m to $45m.

“As announced last week, being a profitable cannabis company for our investors is the singular near-term focus for Aurora and we have begun to implement a business transformation plan where we intend to manage the business with a high degree of fiscal discipline, Michael Singer, executive chairman said in February.

However, Jefferies has slashed Aurora Cannabis stock ratings to hold while Cowen downgraded to Market Perform ratings. “It’s increasingly cautious on the outlook for cannabis in Canada. Headwinds that have plagued the industry (pricing, stores, inventory) do not appear to be fading as anticipated, while 2.0 is likely not the elixir that the market was hoping for,” the Cowen analyst team warns.