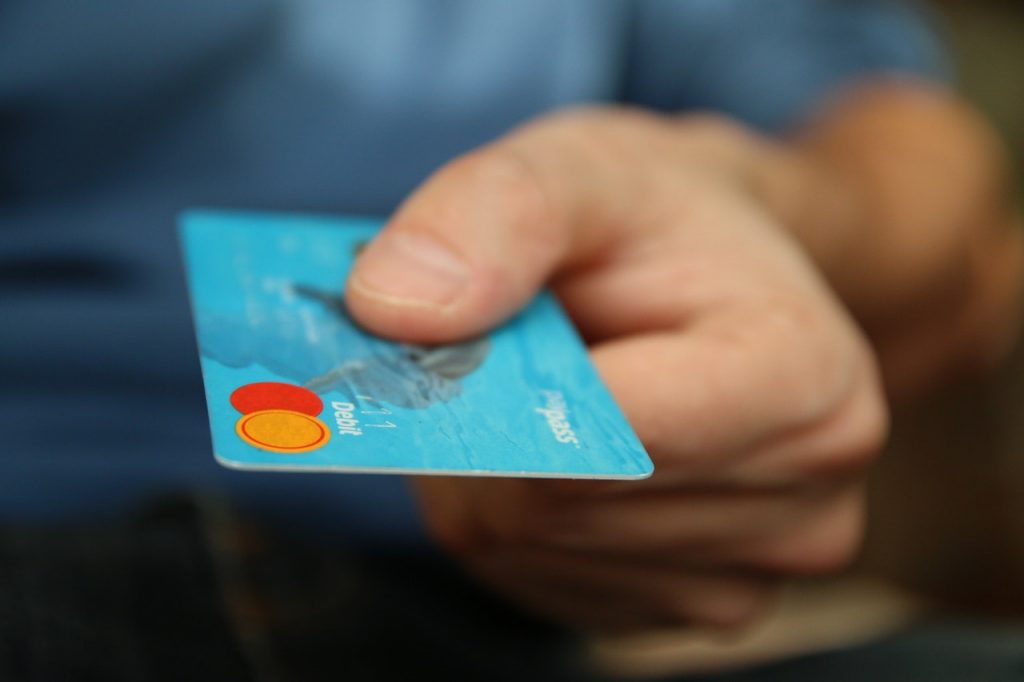 Usually, bank stocks tend to underperform in a recession. However, Oppenheimer has taken a contrarian view and has said that US banks could outperform in a US recession. While the US economy has contracted in both the first and second quarter of 2022 and is in a recession going by the widely accepted definition, the country has a different yardstick for declaring a recession.

The outlook for banks has been mixed. Rising interest rates are positive for banks as they tend to make higher net interest margins in a rising rate environment. The signs were pretty obvious in the second quarter earnings season as banks reported a bump in their net interest margins, even as the other revenue streams sagged.

However, banks also report higher loan loss reserves amid the economic turmoil. The mortgage divisions of banks have also been feeling the pain from multi-year high mortgage rates. There have been widespread layoffs in the US mortgage industry as mortgage originations as well as refinancing has fallen this year.

Oppenheimer analyst Chris Kotowski believes that the outlook for banks is different from the 2008 recession. He said, “The narrative has shifted to the notion that inflation is so hot that the Fed will have to raise rates so much that it will push the economy into recession, and if we are going into recession, then you know for sure that you don’t want to own any bank stocks.”

He compared the next recession with 2001 instead of 2008 and said, “We don’t see an excess of commercial or residential real estate or other large long-lived assets.” Kotowski added, “Indeed, the bank numbers with very strong loan growth and rising interest rates still indicate a very robust economy. Maybe less is being spent on certain goods, but spending on services and T&E seems robust.”

Meanwhile, bank earnings were mixed for the second quarter. Wells Fargo reported mixed earnings. While its sales missed estimates, its profits were ahead of estimates. JPMorgan, which is the largest US bank, missed both the topline and bottomline estimates yesterday. It also suspended its stock buyback program and set aside millions of dollars for loan loss reserves. 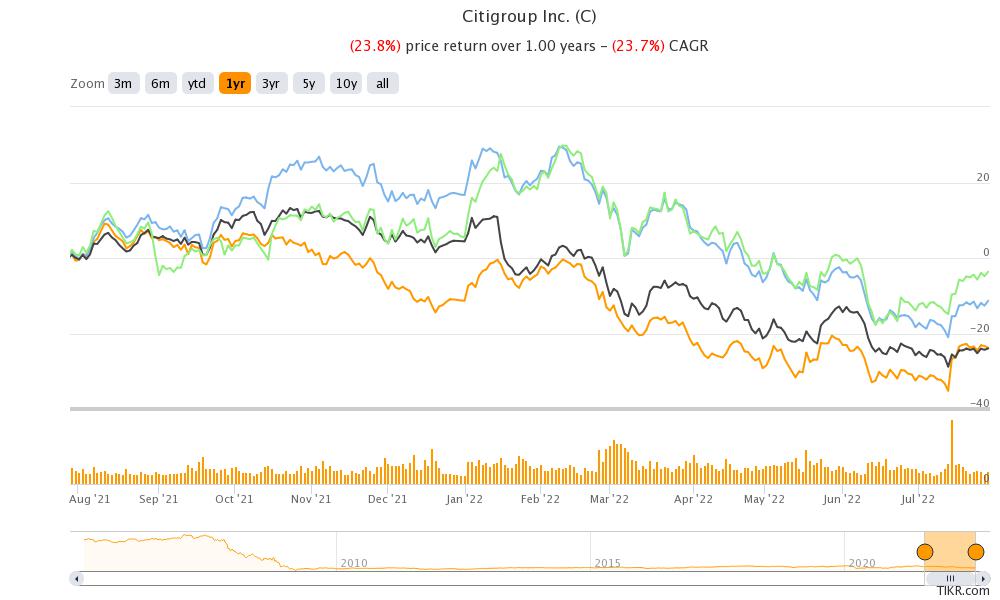 Bank of America meanwhile reported a beat on both the top line as well as the bottomline. Notably, Warren Buffett is also bullish on Bank of America stock and Berkshire Hathaway is the biggest stockholder in the bank. Usually, Buffett had a self-imposed limit of not increasing stakes in banks beyond 10% and in the past, the conglomerate sold shares to keep the stake below 10%. However, Buffett made an exception for Bank of America and increased the stake beyond 10%.

Commenting on the earnings, Citigroup’s CEO Jane Fraser said, “In a challenging macro and geopolitical environment, our team delivered solid results and we are in a strong position to weather uncertain times, given our liquidity, credit quality and reserve levels.”

Under Fraser’s leadership, the bank is trying to transform its business and has announced an exit from several markets.

In the second quarter, Citigroup reported a tangible book value of $80.25 which is below its prevailing book value. Its CET1 capital ratio was 11.9% in the quarter. It had total deposits of $1.3 billion at the end of the quarter while the total loans were $657 billion. While its loan book contracted 3% in the quarter, deposits increased 1%.

Buffett added Citigroup shares in the first quarter. The Oracle of Omaha also added more Apple shares, which was his first purchase since 2018. While Buffett has sold some Apple shares since 2018, he regrets the decision. Nonetheless, despite the stock sale, Apple remains the biggest holding for Berkshire Hathaway.

Meanwhile, drawing parallels with the 2001 recession, Oppenheimer said, “If one had waited around for the recession to hit, one would have missed a 29.5% gain in the BKX during a period in which the S&P declined by 8.6%.” Some other analysts also share the optimism and last month Societe Generale said that Bank of America is a good buy despite recession fears