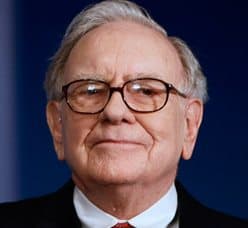 Learn Bonds: – JP Morgan calls your preferreds – What to do with the money now. – In today’s low interest-rate environment, it is hard enough to put together a diversified fixed-income portfolio that provides both adequate yields and acceptable credit risk. When corporations decide to call their preferred stock or debt securities, it only makes things more difficult. On Wednesday of this week, JPMorgan Chase will be redeeming nearly $5 billion of trust preferred securities. If you are one of the unfortunate holders of those securities who will now have extra cash you would like allocated to fixed income, what should you do with the money?

WSJ: – Mortgage group calls for merged Fannie, Freddie bonds. – The head of the Mortgage Bankers Association called on Monday for federal policy makers to merge the mortgage-backed securities issued by Fannie Mae and Freddie Mac, which would represent one of the most significant steps toward replacing the two government-controlled finance companies with something new.

Bloomberg: – Buffett Skips Apple bonds, says not at those yields. – Warren Buffett, the billionaire chairman and chief executive officer of Berkshire Hathaway Inc., said he isn’t investing in corporate debt, including Apple Inc.’s record offering, because yields are too low.

SoberLook: – Corporate bonds have stopped shrinking. – US corporate yields hit another record low on Friday. The Merrill Lynch US investment grade corporate bond index yield is now at 2.64%, while high yield is at 5.35% – both are at an all-time low. The spread to treasuries, particularly in investment grade (IG) bonds, is no longer declining.

Bloomberg: – Biggest exodus since Whitney ignores May win streak. – Individual investors fleeing the $3.7 trillion U.S. municipal-bond market at the fastest rate since 2011 are doing so at their own peril. Local debt has logged gains for five straight years in the month of May.

ETF Trends: – No Lake Wobegon for muni bond ETFs? – Shall we compare the municipal market to the fictional Lake Wobegon? This asset class continues, in my view, to exhibit solid, stable characteristics that I believe make it nearly impervious to the exogenous volatilities of the world around it.

Everyday Finance: – 3 Signs yield investors are driving the market. –Playing the yield game is dangerous. For one, it’s easy to overlook the risk of capital losses when investors look at yield only. Secondly, when investors begin to seek yield from two very different asset classes – fixed-income investments vs. equities – rising stock prices follow as investors bid down a yield to match alternatives. These are the three biggest signs that investors have gone too far in pursuit of yield.

Barron’s: – Another day, another record-low junk-bond avg yield: 5.084%. – Until a few months ago, the idea that the average yield across the junk-bond market could fall below 5% would have been considered completely preposterous. Now, it’s something that could conceivably happen by the end of this week if current trends persist.

MSN Money: – Apple vs. the US government: Whose bonds are safer? – The yields on the iPhone maker’s debt are so low — just 20 to 100 basis points above the ultra-low yields on Treasurys — that it begs comparison with Treasury debt.

10yr TIPS yield higher by 0.11% since last weeks jobs report but implied inflation rate only up 0.03%.