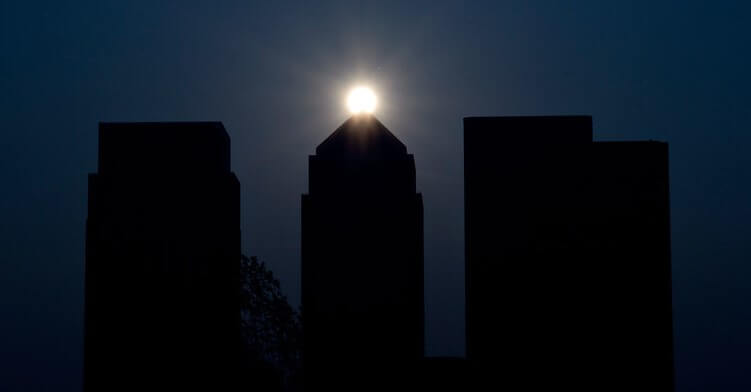 The UK is adapting to life post-coronavirus with a move to a new type of office to a “mothership” model with people working from multiple locations. UK retail property values have fallen significantly, with Morgan Stanley taking 10% to 20% off its valuations for UK property stocks, retaining an ‘overweight’ rating for British Land and Land Securities.

With government guidelines for social distancing and ways to curb the spread of the virus in the future still being discussed, the current shape and form of London’s financial district is set to undergo a transformation.

“I think in the future you will see the office much more as the sort of mothership of the business with people working from multiple locations elsewhere, possibly business locations, possibly home,” Howard Dawber, managing director of strategy at Canary Wharf, told Reuters.

Around 125,000 people work in Canary Wharf in East London, home to firms such as Barclays, Citigroup and HSBC. The development was build in the 1980s and 1990s, on the ruins of what was once the world’s largest port which processed the imports of an empire including bananas from the Canary Islands.

For property developer, British Land (BLND.L) this spells trouble for its retail portfolio. The value of the commercial landlord’s retail assets fell by more than a quarter, with the impact of store closures responsible for a decline of between 6% and 7% alone, and estimated rental values were down 11.7%. Stock in Britsh Land has fallen just almost 36%, while the FTSE 100 has fallen around 18%.

Land Securities also saw the value of its assets decline this year due to a challenging retail environment and ongoing structural changes, exacerbated by the early effects of coronavirus. Many British retailers suffered their biggest fall in sales since the 2008 financial crisis according to data from the Confederation of British Industry showed, as the natonwide lockdown forced store closures.