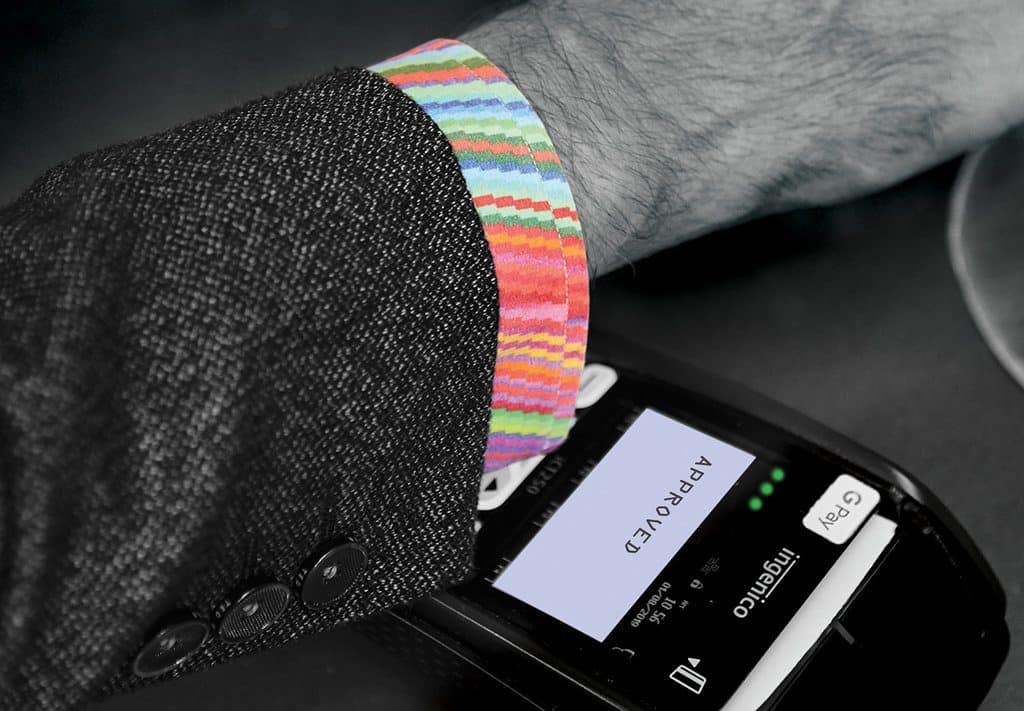 A UK firm has launched the world’s first contactless shirt, for those who like to pay their Americanos in style.

Cambridge-based DressCode is selling its CashCuff line of shirts that allow wearers to buy goods at a contactless payments terminals.

The cuff of the shirt has a near field communication chip imbedded in it, which is connected to a Mastercard prepaid card. The system is linked through the MuchBetter payments platform, which allows users allocate cash to the shirt.

Dresscode chief executive Andy Boothman said the contactless shirt “is one of the first pieces of designer smart clothing”, as opposed to sports fitness, or other wearable, apparel.

Boothman added the shirt “offers contactless payments directly from your shirt – no wallet, phone or app is required. For us it was all about simplicity, removing the need for devices and everything else”.

CashCuff shirts cost £135 each, and come in a variety of colours. The business was launched a year ago, selling traditional designer shirts, starting at £97, and pocket squares.

The wearable technology market – which covers a broad church of fitness wristbands, smartwatches and smart clothing – is expected to be worth £40bn by 2022, more than double the £16bn of 2016, according to analysts.

In the first quarter of this year, global shipments of wearable technology reached 49.6m units, according to the International Data Corporation, a 55 per cent jump on 2018.