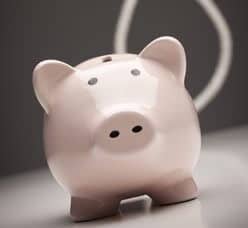 It seems like the bond market is hanging over a trapdoor with a noose around its neck at the moment. Traders are waiting for the hangman to open the door and the bond market will fall through. Who is the hangman? The Federal Reserve, and rising interest rates are the rope.

Because, when the Fed starts to pull back from its monetary stimulus program, sometime in the next few months. Bond yields will rise and prices will fall. Or will they? Bloomberg is reporting today, that many traders don’t see the central bank raising its benchmark interest rate from a record low until nine months after policy makers end their $85 billion a month of bond purchases.

“Tapering is not a tightening, rather it’s just a slowing down of the easing,” says Joe Ramos, a bond fund manager in New York at Lazard Asset Management, which oversees $176 billion. “Once the first tapering happens, and the market sees it is small, the 10-year yield will likely go back to what is a more normal level of around 3 percent.”

“Sentiment changed after the FOMC meeting Sept. 17-18, when the Fed surprised investors by not announcing a tapering of purchases. Before then, the market was pricing a two-month gap between the end of tapering and the first rate increase, compared with nine months now,” according to Joe Abate, a money-market strategist at Barclays.

So the nine month gap between tapering and any potential rate rise should provide less of a shock to markets, and avoid the kind of bond sell-off we saw this summer when Fed President, Ben Bernanke first muted the idea of tapering. It looks like Bill Gross can sleep easy this time around.

Conduit Street: – Congressman Harris writes to MACo on municipal bonds. – Congressman Andy Harris of Maryland recently wrote a letter Read the letter here to MACo President Rick Pollitt on the municipal bonds tax exemption. President Pollitt reached out to the members of the Maryland Congressional Delegation in a joint letter with Maryland Association of Boards of Education President Roger Janssen Read the letter here on the importance of maintaining the tax exemption to support school construction funding and other local infrastructure.

Caribbean Business: – White House sheds light on PR team. – The White House is shedding more light on the focus of a federal team being dispatched to Puerto Rico to help manage an economic crisis that has spooked investors as the U.S. territory braces for its eighth year of recession.

Reuters: – Bankrupt U.S. city to dispute debt with California pension fund. – Bankrupt San Bernardino, California, enters mediation with its creditors on Monday and will immediately dispute the amount the California Public Employees’ Retirement System (Calpers) says the city owes in pension arrears, according to people with knowledge of the city’s preparations for the talks.

FT: – Washington turns bond market upside down. – The financial market world order is in upheaval. The past few weeks have seen a telling change: longer-term Spanish and Italian government bonds have become more stable than US Treasuries.

CNBC: – Where are Treasurys going? Just watch gold. – The spot gold price may have baffled investors since its move south last December, but analysts at Citi now see the precious metal being a leading indicator of U.S. Treasurys.

Zacks: – Top 5 Zacks #1 ranked government bond mutual funds. – Government bond mutual funds are considered to be the safest class of investments in the bond fund category. These funds generally hold a portfolio of securities issued by the US Treasury and other government agencies that have negligible default risk. As a result, yields from these instruments are typically low, as are the levels of associated risk. By holding widely diversified portfolios of these instruments, mutual funds contribute significantly to the safety associated with them.

FT: – Big US banks back new bond trade venue. – Some of the largest banks have tentatively agreed to create a new electronic bond trading venue in an attempt to improve liquidity in the $9tn market for US corporate debt while still retaining their control over the way the securities change hands.

Morningstar: – 2 Ways to invest in high-yield bonds. – The corporate high-yield bond market is uniquely positioned at the crossroads of equity and fixed income. High-yield bonds are generally corporate bonds rated below BBB by S&P or Baa by Moody’s. A range of companies issues high-yield bonds, including casino operators, chemical companies, and financial-services firms. Companies may wind up with a high-leverage profile either intentionally (because of a leveraged buyout, leveraged acquisition, or recapitalization) or unintentionally (because of a deterioration of the underlying business of an erstwhile investment-grade firm).

CBS Money Watch: – Know the data before buying high-yield bonds. – With yields on all bond investments at low levels, investors are chasing yield wherever they can find it. Many look to high-yield bond funds such as the Vanguard High-Yield Corporate Fund. While its higher yield relative to safe Treasury and investment grade bonds is attractive, as with all investments you should also consider the risks.

Bret Jensen: – Insiders are buying these high yielders. – Regular readers of my columns know that I spend a portion of my weekend perusing the top 20 list of companies with the most insider buying in the current Barron’s. Two interesting high yielding Real Estate Investment Trusts (REITs) are within the top 20 equities insiders are buying are listed in this weekend’s magazine.

MyIris: – Fund flows, Fed sending mixed signals about taper timeline. – The third week in November kicked off with Janet Yellen, who is on course to succeed Ben Bernanke as heads of the US Federal Reserve, telling a Senate committee that the benefits of the Fed’s current quantitative easing program (QE3) still outweigh the costs. It ended with investors digesting minutes from the Fed’s October meeting that suggest the decision to ‘taper’ QE3 could be made in ”the next few meetings.”

BusinessDay: – Timing is key as emerging markets face a volatile year. – The U.S. Federal Reserve triggered a storm in developing countries this year when it announced plans to scale back its monetary stimulus. The market reaction was quick, violent and indiscriminate. Currencies tumbled, borrowing costs soared, stock markets nose-dived and bond sales choked up. No country proved immune from the turmoil.

Reuters: – The government-dominated bond market. – JP Morgan’s Nikolaos Panigirtzoglou put a fascinating report out last week, looking at supply and demand in the global bond market in 2014. And although I consider myself something of a bond nerd, I was genuinely astonished by some of the charts he put together.

Chicago Tribune: – Investing: What now for bond investors? – Between taper talk, a government shutdown and the doggone debt ceiling, it’s been a topsy-turvy time for bond investors. Most suffered losses when the yield on ten-year Treasury bonds soared from 1.6 percent in May to nearly 3 percent in September, then fell back to 2.7 percent in early October (bond prices and yields move in opposite directions). Now, with Janet Yellen slated to take over as Federal Reserve chief in January, many market watchers expect little change in monetary policy until then.

FT Advisor: – Schroders’ duo shuns government and corporate bonds in move to US and Europe. – Schroders’ Gareth Isaac and Bob Jolly have moved into European high-yield and US local government bonds in their Strategic Bond and Absolute Return Bond funds.

FT Adviser: – Investors ‘in denial’ over bond risk. – Bond managers from major fund houses have warned of significant losses from their own asset class and claimed investors are “in denial” about the risks.

UBS on Treasury volatility: “We are in a transition. It is the wood between the worlds.” #Narnia