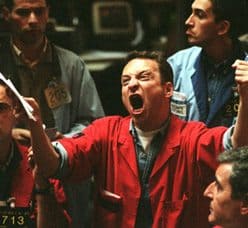 Business Insider: – Goldman: ‘The bond sell-off: It’s for real’. – U.S. Treasury yields bottomed out in July 2012 after three decades of a steady grind lower. Since then, they have had their ups and downs, but eventually, the yield on the 10-year U.S. Treasury hit a high of 2.06% on March 11. In the last 3 weeks, however, yields have reversed as investors have sold bonds and are once again testing the post-low highs set in early March. And this time, Goldman Sachs says the bond market sell-off is for real.

Forbes: – Sell Alert: Get rid of low quality muni bonds. – BUY HIGH and SELL LOW! That is, only buy high quality municipal bonds and sell the low quality munis you own. And—don’t listen to the talking heads pontificating that General Obligation bonds are safe and secure—that was true in the “old days” but no longer.

Learn Bonds: – How bad is the U.S. debt situation? – Kurt Shrout looks at the amount of U.S. debt as a percentage of gross domestic product (GDP) and then compares that with 25 other developed economies.

FT: – Fears grow over EM sovereign bond bubble. – As far as financial follies go, tulip mania takes some beating. But future economic historians may look back at the time when investors financed a convention centre in Rwanda as the moment that the rush into emerging market bonds became frothy.

Indexuniverse: – ProShares launches hedged junk bond ETF. – ProShares, the purveyor of “alternative” exchange-traded funds, today is launching a high-yield corporate debt ETF that will take short positions in U.S. Treasurys as a hedge. It will be the third—and least expensive—entrant in a growing field of yield-seeking junk bond funds with hedges.

ETF Trends: – New high-yield bond ETF protects against rising rates. – One hot area in the ETF market is bond products that provide decent yields while also providing some cushion against the negative impact of rising interest rates. Why? Because they pay above-average yields and have a built-in buffer against higher rates since the ETFs track floating-rate securities.

CNBC: – Is the ‘bond bubble’ losing air? – Investors are trying not to fight the Fed, but the central bank’s mixed messages are causing confusion.

MoneyWeek: – A bond market crash would be a disaster – but when will it happen? – Bonds are not cheap. Yields on government bonds – IOUs issued by governments – are currently below inflation, and they have been for some time. So people investing in bonds now are willing to take a loss in ‘real’ terms (that is, after inflation). However, while I can see the arguments of those who say that bonds are in a bubble – including my editor, John Stepek – I’m not planning to empty my portfolio of bonds just yet.

Professional Pensions: – The move to fixed income. – We live in unusual times. Pension funds today invest in a number of asset classes that in the past they would have considered either too complex or too risky. In the past, pension funds steered clear of high yield bonds as they required very specific skills to manage a portfolio successfully. But there have been a number of recent developments in the high yield market which has made it much more mainstream.

Bloomberg: – Moody’s defied as local bond risk falls to 2010 low. – Investor confidence in U.S. municipal debt is the highest in three years even as Moody’s Investors Service warns that local-government credit quality is set to weaken for the 18th straight quarter.

Martin Vlcek: – BOND’s 10% Annual return without any increased risk: Will the good times last? – Bill Gross’s actively managed Total Return Bond ETF (BOND) has returned 11.86% since its inception on March 1, 2012. Finding that kind of return in today’s yield starved markets is near impossible. So what’s the chance of this level of performance in the future? Martin take’s a look under the hood of BOND in search of clues.

10yr TIPs auction not bad. Bid-cover on low side rel to avg, but dealer take down low and final yield below pre-auction levels. Trsys bounce