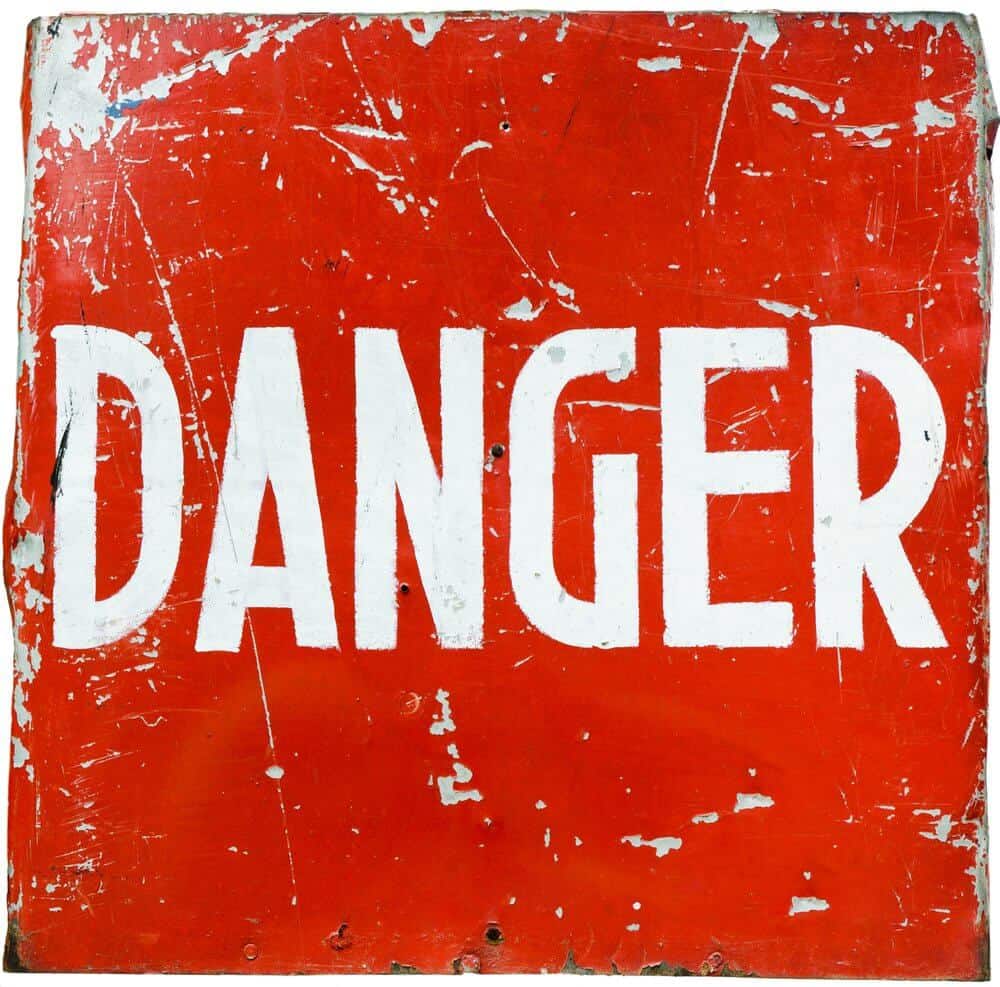 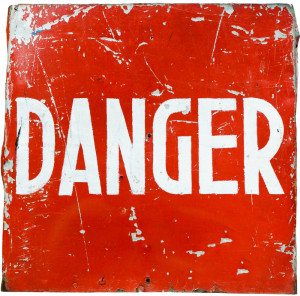 Yield hungry bond investors are heading deeper and deeper into uncharted waters as they look for income in their yield starved portfolios. This has led some to navigate the shark infested waters of catastrophe bonds, while others are scraping the barrel of the junk bond market.

With warnings from no lesser man than Warren Buffett, that neither market is adequately compensating investors for the risk they are taking on. And late last week bond giant PIMCO got in on the party, when it highlighted five warning signals that credit markets are overheating.

“The lower reaches of the credit market have become particularly stretched,” Christian Stracke, global head of PIMCO’s credit research group, said in a note last week. “High yield has become not-so-high yield, with credit spreads almost back to 2007 levels in many cases.”

1. The first major risk is a throwback to the pre-global financial crisis days: the 100 percent loan-to-value (LTV) high-yield deal.

While the issuers claim these deals aren’t anywhere close to 100 percent LTV, they are using pro forma earnings before interest, taxes depreciation and amortization (EBITDA).

“The steps in drafting ‘pro forma EBITDA’ can be the close cousin of those in the subprime ‘liar loans’ from a not-too-distant past,” Stracke said.

2. The second risk is a surge in “covenant lite” issuance, where the covenants or restrictions on borrower behavior, such as limits on the amount of debt a borrower can take on, have been stripped out.

3. Stracke states the third risk comes from a “dividends before coupons” trend, for example, the Alternative Tier 1 (AT1) capital instrument for European banks under new Basel III rules.

“In theory, banks are now required to sell bonds with coupons that could be turned off while shareholders still receive dividends,” Stracke said. “That would be an extreme scenario, but one that warrants a highly discriminating approach to this emerging sector.”

4. The fourth risk is that secondary liquidity in the bond market is still historically tight.

“Investors can buy aggressive deals at new issue, and they may be able to flip them for a day or two, but thereafter the secondary liquidity in the deal vanishes,” he said. “The smaller deals that will inevitably be near-zero-liquidity issues generally come with a concession to more liquid deals, but that concession has dwindled to perhaps 25 basis points (bps) or even less in the high-yield market, and maybe 5 bps in the investment grade market.”

5. The final risk is a focus on “net debt,” rather than gross debt or gross liabilities, Stracke said.

“The consensus is that many companies are flush with cash, and therefore that cash can be netted against outstanding debt,” he said. “But the devil is in the details.”

That cash is often trapped in offshore tax havens, where repatriation is only possible after a hefty tax bill. “In addition, analysts often use all of the cash on the balance sheet to calculate net debt, without considering how much may be needed for working capital to keep the business operating”. Stracke said.

Bloomberg: – Muni yields set for biggest weekly drop in a month as sales Ebb. – Yields in the $3.7 trillion municipal market fell this week by the most in a month as Treasuries rallied and local borrowing declined.

Indexology: – Municipal bonds continue their climb out of the basement. – As of mid May 2014, the S&P Municipal Bond Index has returned 5.91% as the supply demand imbalance continues.  New issue supply remains comparatively low to relative to past years and munis have been enjoying a flight to quality halo despite the weaknesses shown by Detroit and Puerto Rico.   The S&P 20 Year High Grade Index has erased its 2013 losses and has returned over 13.9% year to date.

MarketWatch: – ‘We can expect to see more Detroits,’ says bankruptcy adviser. – With the Detroit bankruptcy case moving along briskly, some folks have been pondering its broader legacy in the municipal bond market. The case is unprecedented in many ways: apart from being the largest ever municipal filing, the city is aggressively paring its debts in ways that haven’t ever really been tested before.

Wall St: – Hedge funds take muni-bond market by storm. – Something big is cooking in Puerto Rico, and it demands our immediate investment attention. For the last seven years, the beleaguered Puerto Rican economy has been mired in the muck, enduring GDP contraction in five of those seven years.

Albuquerque Journal: – Reliably unexciting. – Garrett Thornburg says if you plotted changes in the net asset value of one of the funds run by Thornburg Investment Management, the graph would look like “the EKG of someone who is dead, which is the whole point.”

Governing: – Why’s the SEC asking governments to tell on themselves? – In game theory, the term “prisoner’s dilemma” refers to a scenario where two prisoners are separately deciding whether to betray the other and testify that the other committed a crime: each party’s outcome (and possible punishment) depends on what the other side independently chooses. Thanks to the Securities and Exchange Commission (SEC), prisoner’s dilemma has come to public finance.

Joseph Calhoun: – The new widowmakers. – The U.S. Treasury bull market has defied the odds for 30 years and yet traders keep trying to call the top. It will come someday but for now I’d suggest backing away from the shade of that tree.

Star Tribune: – Fund managers suggest dialing back expectations for junk bonds following years of big returns. – Junk bonds have been strong investments since the recession, and investors continue to pile into the market. But fund managers say they’re looking less attractive. Many are taking a step back and urging investors at least to temper their expectations.

App.com: – John Waggoner: Junk bond advantages are slim. – Currently, high-yield bonds – IOUs issued by companies with dubious credit ratings – yield about 5 percent, which isn’t high by anyone’s standards, including those who manage high-yield bond funds. If you’re thinking of reaching for a bit more yield through a high-yield bond fund, you might want to check again.

LearnBonds: – Where has all the value gone? – For the first time since the financial markets bottomed in 2009, I can say that across the universe of securities I monitor, there are no opportunities worth taking. The issue is valuation.

WSJ: – Dueling strategies for your retirement funds. – For anyone approaching retirement, an important investing question is: Should your strategy be “to” or “through”? Behind this odd-sounding question is the difficult balancing act facing savers: building an investment portfolio that can generate enough savings to last potentially decades and, at the same time, protecting against losses from which it can be impossible to recover.

FT Adviser: – Income Focus: Uncertain future for bonds. – Travelling around Europe and the Middle East in recent weeks has been interesting. Bond investors are worried about yield and about low returns. Some want to give up illiquidity to boost returns, others want more aggressive active management to avoid the hit when interest rates rise, but most opt for the consensus trade of long credit/short duration, for the carry.

FT.com: – Fears over ‘lowflation’ serve up bond market surprise. – Rather than head higher and pierce the 3 per cent level, as virtually everyone had expected at the start of the year, the yield on US 10-year government bonds has touched its lowest since October. And, at just 2.5 per cent, it is not the only interest rate to behave in such an unexpected way.

Toronto Star: – A closer look at bond mutual funds. – High-quality bond funds have two strikes against them if held in non-registered accounts. For one thing, their interest yields are low. For another, interest income attracts the highest tax rates.

FT Advisor: – Fund Review: Strategic Bond funds. – All eyes have been on the US economic recovery, which seemed to be heading in the right direction until a particularly disappointing first quarter this year when growth was just 0.1 per cent.

Income Investing: – Bill Gross sees value in a BlackRock fund – And a PIMCO fund too. – Pimco’s Bill Gross warns bond investors they’re in for some pretty paltry returns over the next half decade. Still, there are some bond investments that he thinks will fare better than others, so on that note here’s some more advice from Gross from my conversation with him on Friday, including a notable plug for a fund run by one of Pimco’s biggest rivals.

MarketWatch: – Are you paying too much for your mutual funds? – Ponying up more for a specific manager typically doesn’t; for years, investors justified paying Legg Mason legend Bill Miller oversize fees because of his performance, a move that made sense right up to the point where they recognized that his numbers weren’t nearly as good as his reputation. Few managers are so consistently excellent for long enough that they’re worth a significant premium.

The rally in USTs has been mostly real rates falling. Breakevens have been rather stable.

“Yields are headed south,” said Yusuke Ito, a Tokyo-based senior fund manager at Mizuho Asset who are bullish on long US bonds — David Schawel (@DavidSchawel) May 19, 2014

2. I think for the first time in a long long time I would prefer 5s to 30s all else equal