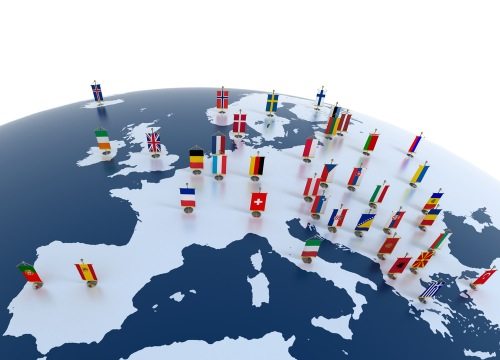 In response to comments made by ECB’s President, Europe’s corporate debt market reached a new record high this week.

European Central Bank (ECB), through its president Mario Draghi, indicated that the bank could cut interest rates and resume bond purchases. This comes after the bank ended its stimulus scheme which lasted for three years. The comments regarding the bank’s possible move come 6 months after the stimulus scheme was stopped. Investors in Europe’s bond responded to the comments by increasing the continent’s €1.7 trillion corporate debt market to record highs.

If the bank does engage in cutting interest as this should be the first move, they will later have to execute the purchasing of assets if it is deemed a necessity. As corporate bonds been historically seen as a sure method of quantitative easing, it is likely the central bank will take this route in the future. After the comments made by Draghi, it is now safe to predict that ECB will be looking to make corporate bond purchases sometime in the coming years.

The iBoxx euro corporate bond index, which is widely used, reached its highest record since 2016. The point it reached in 2016 also came after ECB had Anjou fed corporate bond purchases in March 2016. The yields of bonds dropped by 19 bases this week and the yields are at an all-time low of 0.76%. Similarly, the iTraxx Main slipped to its lowest level in over a year, falling to 56.5 basis points.

Currently, the ECB is in possession of bonds worth €177.8 billion. These bonds were purchased under the corporate secure purchases programme (CSPP) which began in June 2016. The bank was buying between €5-6 billion worth of bonds monthly until the programme ended in late 2018. According to analysts, the ECB holds about 30% of the Euro zone debt market and soon, it will reach its own cap on having some government bonds.

ECB’s revelation about the potential resumption of the CSPP shows that Europe’s economy is faced with a potential downturn. After the programme was initiated in 2016, inflation in Europe rose alarmingly. This could happen again if the ECB does indeed resume the purchasing of corporate bonds. Although some policy makers argue that the schemes is beneficial to small and medium enterprises by allowing them to borrow more, the potential effects of it in the grand scheme of things cannot be ignored.

It remains to see whether or not the ECB will follow through on the intentions stated by their president Mario Draghi. However, the market has already reacted with some top players in the market having already purchased corporate and bank capital bonds in anticipation of the ECB’s resumption of the CSPP. Some have even assumed the debts of governments such as the Italian and Spanish government in this process. The head of global fixed income, David Zahn is one example of the players that have made their move. “We have been positioned for this for probably six months”, Zahn said at a conference after Draghi’s speech.