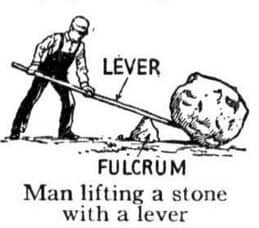 WSJ: – Bond managers lever up – Pension funds across the US are desperate to overcome low interest rates and churn out returns big enough to pay future retirees. Now some hedge funds and money managers are pitching something they see as a Holy Grail: a strategy that often uses leverage to boost returns of bonds that usually occupy the low-risk, low-return portion of pension-fund investment portfolios.

FT Advisor: – US financials present an opportunity. – Looking forward to 2013, growth is likely to stay low, inflationary pressures will remain muted and central banks will maintain their extremely lose unconventional monetary policy and are more than likely to ease policy further. This remains a positive environment for fixed income as the two threats to a bond investor, higher interest rates and higher inflation, are not on the horizon.

About.com: – Everything you need to know about bonds! – This is your resource for getting started in bonds – learn how bonds work, what the different yield and return figures mean, and whether bonds are right for you.

Learn Bonds: – How much have tax fears been driving muni prices? – Conventional wisdom is that all of the increase in yield for munis in December of 2012 was tax fear related.  However, an analysis shows that this was not the driving force behind the entire move.

FT: PIMCO on emerging market bonds – “Beware the Benchmark” – Take out of the JP Morgan EMBI the high-yielding debt of just two countries, Venezuela and Argentina, and 70 basis points are knocked off the aggregate, bringing it down to a 3.8 per cent yield with an 11.6 year maturity. This is just about in line with US 10-year investment grade corporate debt. The implication is, they argue,

ETF Trends: – Don’t expect corporate bond ETFs to rally forever. – Corporate bonds and related exchange traded funds have generated solid returns over the past few years as investors shifted away from low-yielding Treasuries and into riskier assets. However, potential investors should not get their hopes up as future returns may be tempered.

Bloomberg: – Bond-to-stock shift provokes performance anxiety. – Investment-grade bonds in the US are underperforming equities by the most in 15 months as speculation rises that the time is ripe to rotate out of debt and into stocks.

ETF Trends: – SEC money market fund reform drives interest in short-term bond ETFs. – Short-duration bond ETFs such as PIMCO Enhanced Short Maturity Strategy (MINT) are getting a closer look by investors frustrated with rock-bottom yields in money market funds. Reports that the Securities and Exchange Commission is taking another stab at reforming the money fund business are also driving interest in the ETFs.

Bloomberg: – Bond-to-stock shift provokes performance anxiety. – Investment-grade bonds in the U.S. are under-performing equities by the most in 15 months as speculation rises that the time is ripe to rotate out of debt and into stocks.

FT: – Near-record sums flow into Europe junk funds. – Investors poured near-record amounts of money into European “junk” bond funds last week, brushing off speculation that the asset class may be overvalued as they continue to search for yield.

Investment News: – The danger of more uncertainty in the muni market. – If there is one certainty that I believe municipal bond investors can lean upon as we fully commit to writing 2013 in our check registers, it is the seemingly perpetual uncertainty regarding the political deliberations about to resume in Washington, which again could include discussions about capping the benefit of the tax-free coupon.

WSJ: – Europe’s not-so-high-yield market. – The high-yield market isn’t living up to its name. In Europe, junk-bond yields are the lowest in the 15 years that Barclay’s indexes have been tracking the market. Yet new issues of bonds are being snapped up. Some worry the market is overheating: Moody’s says investors are increasingly ignoring credit risk, a story that “always ends badly.” But the story isn’t necessarily that simple.

Barron’s: – The emerging market bond rally: Optimism or doom? – Emerging-market local-currency bond funds are outperforming their benchmark by 0.34 percentage point so far this month, according to Citigroup. And while that might not seem like a lot, its in the 94th percentile during the past three years, say Citi’s Chintan Gandhi and Dirk Willer.

MorganStanley: – Municipal bond outlook – Improved tone, lingering risk. – Threats to the longevity of the municipal tax exemption continue to exist, and may resurface when financial markets confront the debt ceiling.

BBG: In 2012 municipalities refinanced ~ $200 billion of higher-cost debt, more than half the $345 billion of long term debt sold. #muniland

Somewhat similar to last year as bonds catch a bid waiting for stocks to top out.