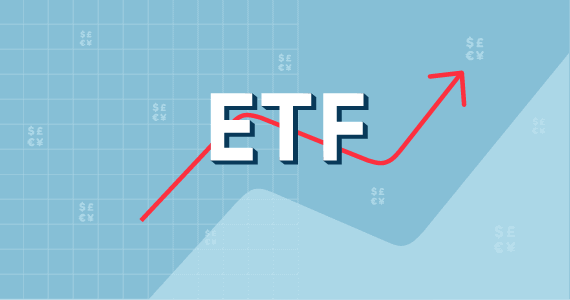 Experts say that we are nowhere near the peak of the bond ETF market – despite investors continuing to pour money into the market. This is truly the year where the word on bonds is a resounding “buy”.

Bond-based exchange-traded funds have seen a drove of new investors since the end of 2018, with the ever-popular iShares 20+ Year Treasury Bond ETF (with the ticker TLT) seeing a massive influx of $4.8 billion net in new money for the year to date. This according to data from Morningstar Inc., a global financial services firm whose headquarters are based in Chicago.

New trend compounded by other types of bonds

The Treasury Bond ETFs aren’t the only ones seeing massive increases in money coming their way. In fact, taxable corporate and government bonds saw an increase of about 11.5% for the first half of the current year. Municipal bonds weren’t lagging far behind seeing an overall 9% increase for the same time period. Equities ETFs (those based on equities in the US) did see a significant lag behind bonds at just 3% for the year to date.

Todd Rosenbluth, senior ETF and Mutual Fund researcher for CFRA Research, says that people are “flocking to quality”. Since the yields have been pushed down by the increased influx, investors are using ETFs to acquire additional risk and in turn additional reward.

He goes on to say that the dropoff in inflow to US equities does not mean the ETF market is anywhere near peak capacity. Instead, he is certain that there will be even more adoption, particularly noting that ETFs such as iShares’ Core S&P 500 ETF and Vanguard’s S&P 500 ETF have both seen tremendous gains when looked at in isolation.

Ben Johnson, who is the director of global ETF research at Morningstar, agreed with his colleague at CFRA Research. He said that his firm’s data doe snot spell some kind of doom and gloom scenario for the ETF industry.

In fact, he went on to say that investors’ risk appetites have improved considerably in the last six months from where they were in the back half of the last year. Taking a look at the numbers, we are seeing the best June in over a decade according to Ben and even though ETFs were “sluggish out of the gate” that does not mean that things will continue to be sluggish in the future.

So while long-term Treasury based ETFs are still the go-to for most investors, those same investors are not letting the sluggish start of the equities ETFs put down their appetite for more risk and more reward.

In related news, stocks closed slightly higher on Friday to give Wall Street its absolute best first half of a year in almost 20 years. Bond yields also improved ahead of the G20 summit that was held this weekend. The reason for the better bond yields is believed to be caused by a firm belief in the secession of the trade war between China and the United States.