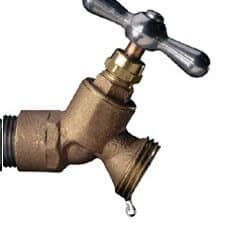 Tom McClellan, Editor of The McClellan Market Report has an interesting article today, which points to a lack of liquidity in the market. McClellan makes his point by using the not altogether popular market barometer of Bond Closed End Funds.

CEFs are traded on an open exchange, such as the NYSE and typically invest in a diversified portfolio of stocks, bonds, or a combination of the two. The fund manager can increase or decrease the amount of holdings in the fund with the use of leverage.

Bond CEFs are usually made up from the debt of high yield companies. McClellan says this makes them a useful barometer for the state of the overall market, because Bond CEFs are near the bottom of the food chain.

In times of high liquidity, money filters down to even the most undeserving of issues. When liquidity is tight, the bottom of the food chain suffers first. Eventually such liquidity problems come around to bite the bigger capitalization issues, and that (according to McClellan) is why its important to keep an eye on bond CEFs.

McClellan’s message is that the recent rally in the SP500 is not being fueled by raw liquidity. If it was, then liquidity-sensitive issues such as bond CEFs would also be benefitting. But they’re not.

That could change overnight, if liquidity suddenly returns to the market and lifts bond CEFs up to catch the big cap stocks. But so far that is not happening.

MoneyBeat: – Back to good old days for bond risk premiums. well, mostly. – In the old days investors would hold debt happily as long as its yield promised them reasonable protection from inflation and short-term rate expectations, along with a little premium on top for lending their cash to governments long term. That premium went by the board across the world, collapsing to levels not seen for decades between 2007 and 2011 as investors sought safety at more or less any price. Well, now, in one of those signs of normalization we all look for and love, risk premia are creeping back to normality.

Learn Bonds: – How to estimate the real rate of interest and why it matters. – There was a question to my last post concerning the relationship between the real rate of interest and the rate of growth of the economy. The question: why should these two rates be equal? This is a good question that I was going to address sometime …so let’s do it this week.

Telegraph: – Bond investors face annual losses for only third time in 33 years. – Jeffrey Rosenberg, who is the chief investment strategist for fixed income at BlackRock, which manages bond investments worth $1.2 trillion or £750bn, said bond investors had lost 3.65pc so far this year and that “avoiding an annual loss will require a major shift lower in interest rates, something we do not expect”.

FT: – PIMCO listed bond funds tumble in value. – Stock market-listed investment vehicles managed by famed “bond king” Bill Gross and his firm Pimco have fallen sharply in value in recent months, as investors reject the premium prices at which they used to trade.

MarketOracle: – Bond markets are no longer safe havens from stock market risks. – The rise in bond yields – and the concomitant drop in bond prices since they move inversely to yields – is no surprise to EWI analysts. EWI’s June 2012 Special Report on bonds noted: “If rates do begin to rise as we expect, most observers will probably be fooled. Bulls on the economy may take the new trend as a sign of economic expansion.”

CNBC: – A bond manager who says all the selling is a good sign. – The biggest bond fund managers have watched assets bleed from their funds over the past four months. And it’s not just Bill Gross of PIMCO.

Monringstar: – High yield bonds go global. – The horizon continues to broaden for high-yield credit investors. The growth of their market beyond the US accelerated as more European companies tap bond markets for debt as banks continue to curb lending following the 2008 financial crisis. Issuance from global, commodities-linked businesses in emerging markets has also reduced the dominance of US issuers in global high-yield debt benchmarks.

CNBC: – Too late for panic: Bond investor survival guide from here. – If you’ve been biding your time, thinking you had until mid-2015 before the big bond squeeze, the last four months were a preview of how costly that strategy can be.

Bloomberg: – States refusing expanded medicaid fuel worst losses. – Municipal bonds sold by hospitals and healthcare systems have been the market’s biggest losers in the past three months. Debt from facilities in the 21 states that aren’t expanding Medicaid is poised to fare even worse.

Dean Popplewell: – The top ten factors affecting forex, bonds, and equities. – There are a myriad of factors impacting the rise and fall of financial instruments. These are today’s top 10 foreign exchange (forex) traders and investors may wish to bear in mind during these fiscally turbulent times.

FT: – Verizon bond buyers gain as prices jump. – Verizon bonds jumped in their first full day of trading in secondary markets, rewarding investors who bought $49bn worth of the securities at discount prices in the largest corporate debt sale in history.

Bloomberg: – Most states’ school funding tumbles since recession, study finds. – More than two-thirds of U.S. states are spending less per child on schools than they were five years ago, a study found, showing how slowly governments are replacing funding that was cut because of the recession.

Cate Long: – Puerto Rico mired in troubling economic news. – Most financial reporting about Puerto Rico in the U.S. is centered around its skyrocketing bond yields and the announcement from the government’s fiscal agent, the Government Development Bank, that it will scale back their borrowing in the municipal bond market this year. But there is not much reporting about the underlying economic conditions of Puerto Rico. These conditions have a lot of bearing on the ability of Puerto Rico to service the massive debt load it carries. Reuters Miami bureau recently filed a piece about emigration from the island and its effect on the weakening economy.