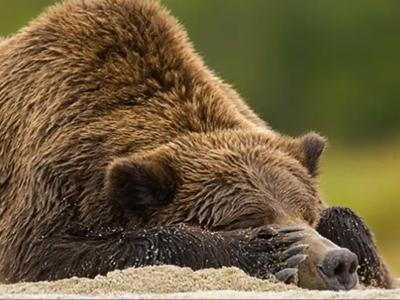 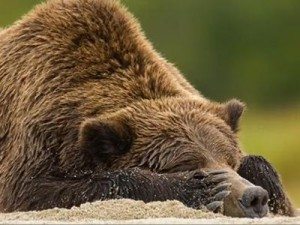 It seems talk of a bond bear market was a little premature. In the run-up to September when the Fed was supposed to announce the tapering of its bond purchase program, the bond market collapsed as investors fled bonds on the threat of rising interest rates. This prompted many analysts and investors, including Bill Gross, to say the 30 year bond bull market is over.

But a month is a longtime and how things have changed. September came and went, with no taper announcement. Then came the governments fiscal cliff and debt ceiling debacle, which dealt a further blow to the bond bears.

Now there are fears that tapering won’t start until March next year, and there are even those who say it will never start. This has led to a miraculous recovery in the bond market, with many funds erasing all the losses they incurred during the run-up to September.

So is the bond bear merely in hibernation for the winter, only to return with a vengeance in the spring? Or has he been shot by a dysfunctional government intent on wrecking the world economy. I guess we’ll have to wait for Februarys debt ceiling part II, to find out. Either way, anyone who abandoned bonds altogether is looking pretty foolish now. So let that be a lesson, should the bond bear return in the spring.

WSJ: – Puerto Rico bonds a drag on client portfolios. – To the dismay of some financial advisers, the selloff in Puerto Rico municipal bonds has dinged many client portfolios. Advisers who believe the bonds will recover are now selectively buying shorter-term issues they consider better priced with little risk.

Anthony Valeri – LPL Financial: – Municipal ups and downs. – The October soft spot is part of the ups and downs municipal investors experience following a significant pullback. Despite the  near-term supply challenges, we believe there is a good case for longer-term optimism and continue to find municipal bonds attractive.

Learn Bonds: – Risks of rising interest rates for long term bond holders. – The general consensus is that interest rates in the United States are expected to move upwards over the next year or two. This possibility raises a concern for those individuals that have invested in longer-term bonds in the hopes of gaining a higher yield for their portfolios.

ETF Guide: – Will junk bonds bless or curse rest of the market? – There have been many themes throughout this market recovery, now in its fifth year.  The Fed’s ever present invisible hand, interest rates that remain near historical lows, and an investor persistently searching for higher yields are just a handful of the many mega themes that have shaped these markets.  However, with most things in life there are usually unintended consequences, both good and bad.  One of these unintended consequences is the extreme correlation now among most major asset classes.

Evariste Lefeuvre: – The junk bond market is not an indicator for Treasurys.  – The tapering threat dealt a blow to the junk bond market this summer. As can be seen below, the ongoing negative relationship between US Treasury and junk bonds turned positive, meaning both asset classes suffered significant losses. The performance gap seems to have been bridged recently, suggesting a return to normal.

Artemis: – Catastrophe bond price return index slows rise in October. – The inexorable rise of the Swiss Re Global Cat Bond Performance Price Return index, which tracks the price return for all outstanding USD denominated cat bonds and has been rising consistently since late July, has slowed as we move through October.

Business Insider: – The real bubble is in the bond market – 700 years of market data. – Central bank policies have caused a bubble is in bond markets – not surprising as those are the instruments that are bought before the funds end up back with the central bank in the form of excess reserves. Bond yields have rarely been this low in the period since 1800. Indeed, the only other time was when the Fed was also manipulating the market during and after WW2.

IndexUniverse: – 10 ETF filings with blockbuster potential. – Launching blockbusters in a universe of 1,500-plus ETFs is becoming increasingly difficult, but some issuers are onto something big. It’s time to comb through all those filings for those diamonds in the rough.