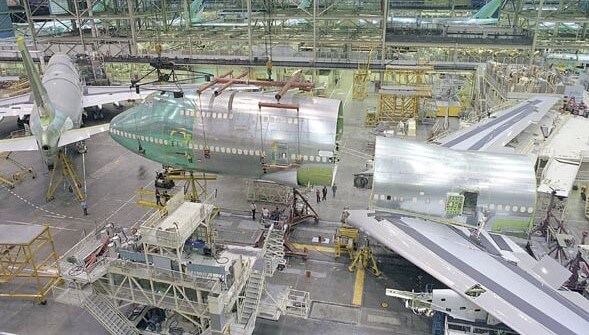 Boeing (NYSE: BA) stock price bounced back after it said it would restart production at its Washington state plants with close to 27,000 employees working on the 737, 747, 767 and 777. It plans to open other production facilities in a phased approach in the wake of the coronavirus.

The world’s largest aerospace and defense company also seeks to resume 737 Max production, which has been grounded since March last year after two deadly clashes that killed more than 300 people.

“Boeing’s work supporting the Department of Defense as a part of the defense industrial base is a matter of national security and has been deemed critical,” Boeing says. “Additionally, our commercial work supports critical global transportation.”

The $17bn bailout package from the Federal Reserve helped Boeing in resume production. While it has engaged Lazard and Evercore to explore the funding opportunities; market analysts believe the use of a debt facility could provide short-term support but it could also substantially increase the debt burden.

Also, the government relief package is attached with conditions like limits on capital returns, reducing executive pay and retaining most of the workforce.

The company’s debt could increase to $40bn by the end of this year from $18bn at year-end 2019, according to UBS analyst Myles Walton.

Boeing stock price recovered from seven years low of $90 on relief package. Meanwhile, Wall Street analysts see a limited upside for the planemaker’s share price. This is because of sluggish demand for new jets as airlines see eventually no travel demand in the near future.

Boeing has received order cancellations for 75 737 Max jetliner in March in addition to order cancelation of 75 jets from the Irish leasing company Avolon. Overall, Boeing has removed close to 300 jetliners order from books in March as airline companies are facing cash related problems as a result of the health emergency.