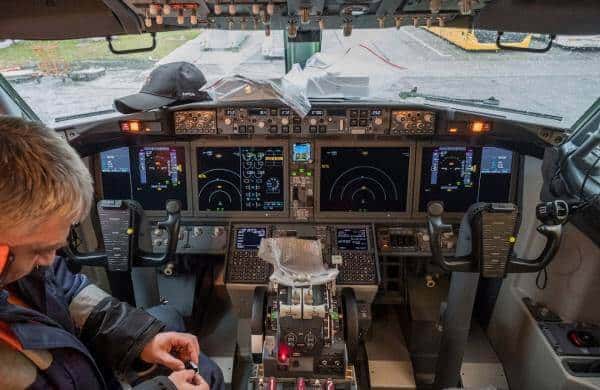 Boeing’s (NYSE: BA) stock price extended its selloff after the US aviation regulator is set to reject its proposal to leave wiring bundles in place on the grounded 737 MAX. Boeing says the bundles do not pose a potential safety threat, but, the Federal Aviation Administration (FAA) has told the company the bundles are “not compliant.”

Boeing has said it has already resolved the problems related to software changes and enhanced pilot training, but the aviation regulator ais till concerned over the plane’s wiring – which they believe could be prone to a short circuit.

Boeing stock price has been under pressure over the last twelve months after two 737 MAX crashes that claimed 346 lives. The company estimated $19bn of costs related to the 737 MAX grounding. The stock price lost 40 per cent of value in the past twelve months. The shares are currently trading around the lowest level since 2017.

In March 2019, a Max, Ethiopian Airlines Flight 302, crashed minutes after takeoff killing all 157 people on board died. While in October 2018, a Lion Air Flight 610 crashed just minutes after taking off from Jakarta, Indonesia, killing 189 people.

Last week, “culture of concealment”, cost cutting and “grossly insufficient” oversight led to two fatal crashes of Boeing 737 Max aircraft that claimed 346 lives, a congressional report has concluded. The study was issued by published by Democrats on the House transportation committee.

The company also has experienced a significant impact of 737 MAX grounding on its financial numbers. Moody’s has downgraded the credit ratings to Baa1 from A3 due to massive cash burn.

“Boeing’s Q4 earnings indicate significantly higher cash burn in 2020 than previously anticipated, increasing reliance on debt for funding the impact of a lower-for-longer recovery of the Max program,” Moody’s said.

Boeing has recently arranged a $12bn loan to counter the cash drain from the 737 MAX crisis. The company generated negative operating and free cash flows in the latest quarter and lodged the first annual loss in over two decades.

The cash flows are likely to remain negative in 2020 due to lower revenue and potential losses. The management still believes that they are capable of arranging capital to meet the capital requirement

“We believe our ability to access external capital resources should be sufficient to satisfy existing short-term and long-term commitments and plans,” the company said in the filing.