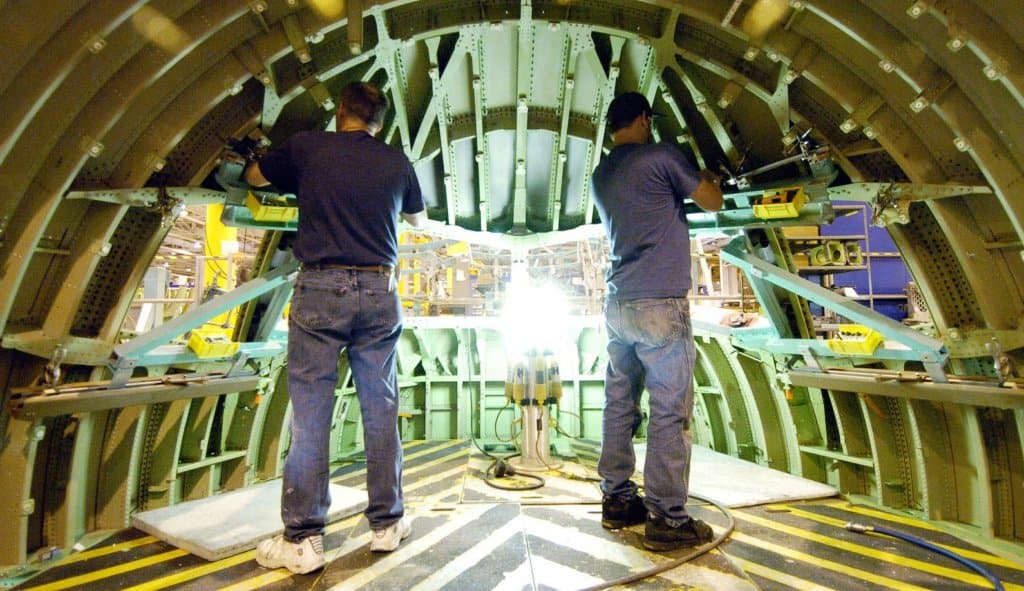 The Seattle-based aircraft maker saw shares jump 24 per cent in New York where it is traded, after the Trump administration gave the green light on the largest bailout package the country has ever organised. Boeing’s stock has lifted over 60% in the past three trading sessions.

However, despite recent gains, the planemaker’s share price is down by 50% year-to-date. Boeing is suffering due to the ongoing global travel shutdown, a direct result of the coronavirus pandemic.

However, Boeing chief executive Dave Calhoun is against the government taking a stake in the business in return for cash to keep the planemaker going. He told Fox Business: “I don’t have a need for an equity stake. If they force it, we just look at all the other options and we’ve got plenty of them.” 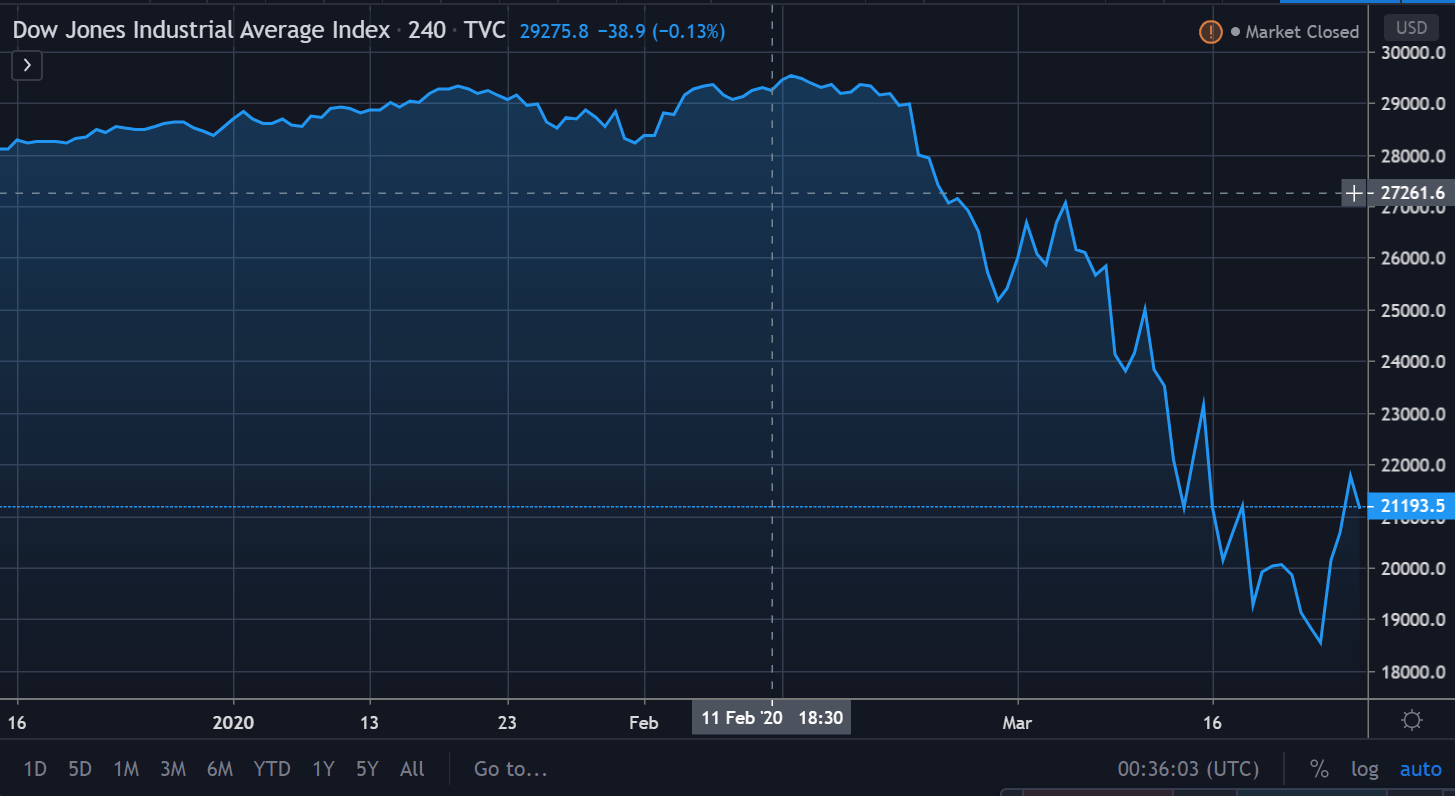 The group is seeking up to $60bn in loans from the government. Boeing holds around $15bn in cash, but that may not be enough to support the company for more than a few months. The company has closed facilities in the Seattle area, as employees have fallen ill to the virus, with one death reported so far.

The bailout package passed by lawmakers includes a federal loan provision for businesses considered “critical to maintaining national security,” which is understood to include firms such as Boieng. 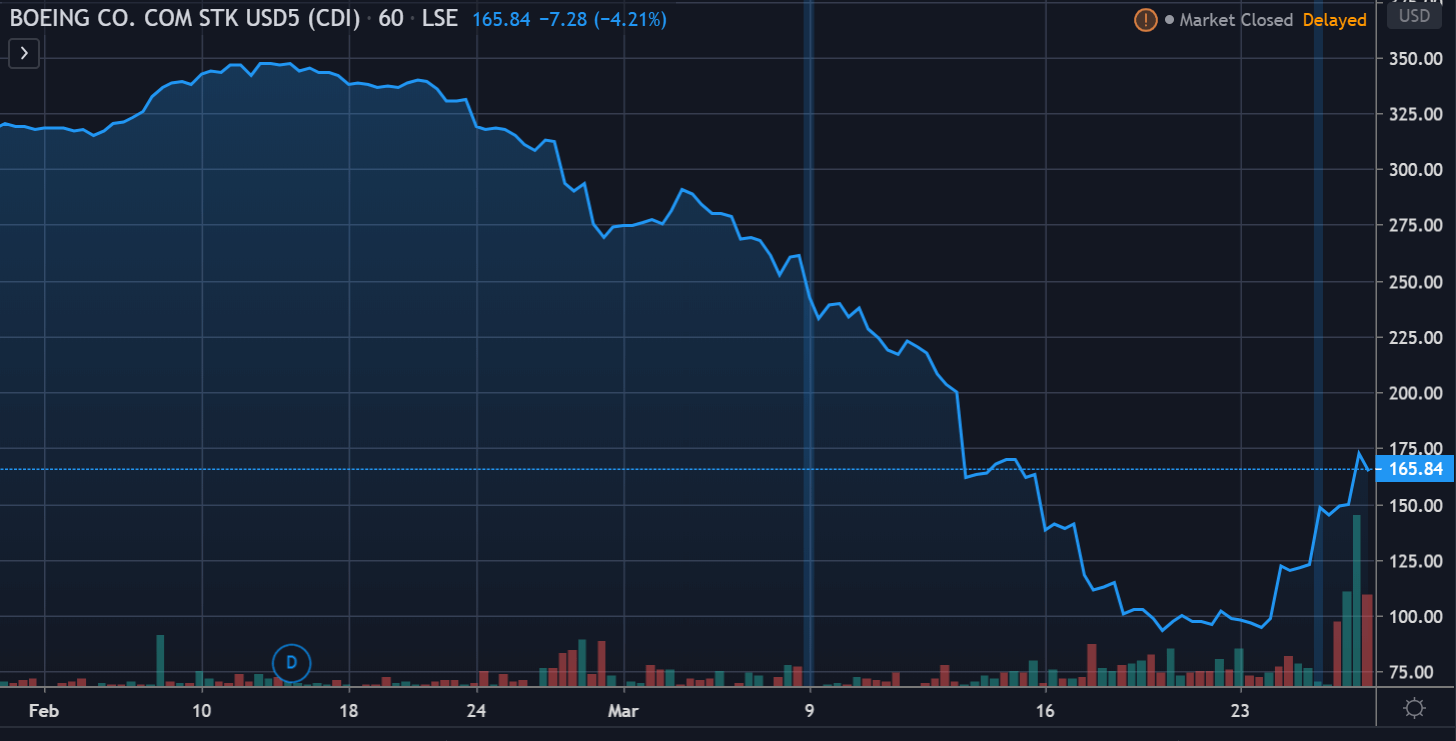 Boeing is also planning to restart production of the 737 Max, which crashed twice in 2019, and killed 346 people. The company is planning to resume work on the plane in May, despite the ongoing issues with the health emergency.

Boeing is currently storing more than 400 undelivered 737 Max planes, and it may be able to begin shipping them to customers later this year. The Federal Aviation Administration hasn’t sent any firm dates for when Boeing could resume selling the 737 Max, but several industry sources state that the plane is scheduled to resume test flights in the next few weeks.

The major US equity indices rose in response to the US stimulus package, with the Dow Jones Industrial Average rising by 495 points or 2.39% yesterday.