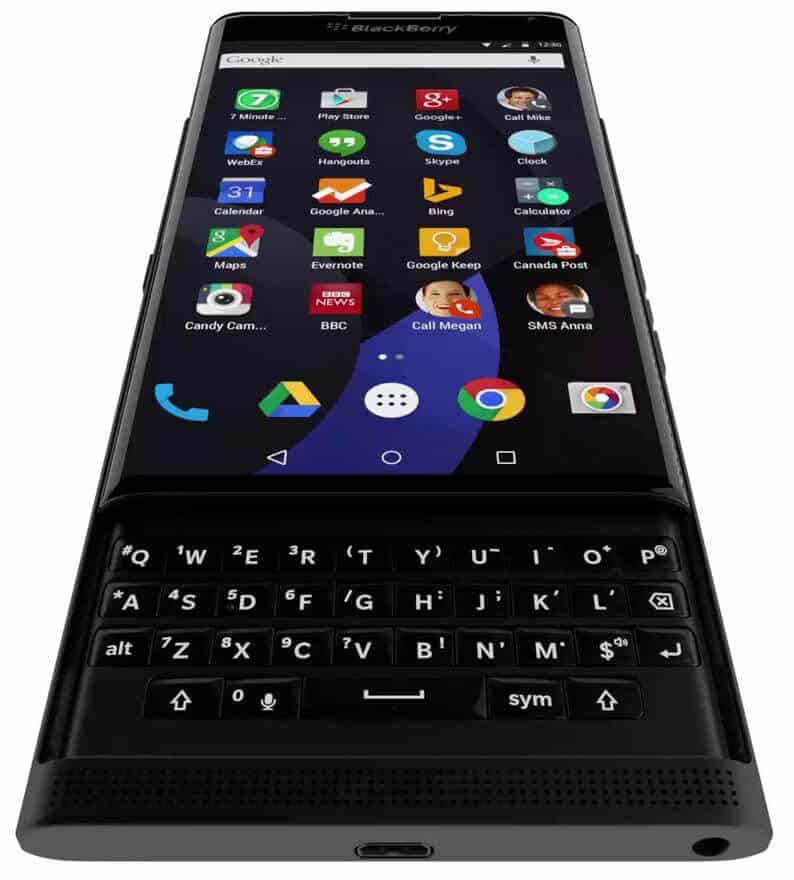 BlackBerry Ltd ,   will make an Android phone, there’s little doubt about it at this point. Evan Blass, the former senior editor at Engadget, tweeted a video of Project Venice, the Android slider that is set to emerge from BlackBerry later on this year. Take a look at the new phone in the clip on Mr. Blass’ Twitter feed. There’s also a picture of the device below.

Mr. Blass is known for his leaks of phones and other devices. He’s been one of the major sources of info about the BlackBerry Venice since rumors about the device began to appear late in 2014. Today’s images and video put the device beyond doubt, however. John Chen is bringing BlackBerry to Android, and making one last bet on hardware with Project Venice.

Though BlackBerry is falling further and further behind in terms of market share, it seems John Chen and the hardware team won’t resign themselves to making phones like everyone else. The BlackBerry Passport is weird for a smartphone. It’s square, it has a full keyboard, and its screen is a weird shape.

The Venice Slide is, if possible, even more strange. The device will likely be the first BlackBerry ,   device ever to run Android and it will feature a keyboard that tucks neatly behind the screen. It will be the first premium slider in years, and it’s not clear who, if anyone, has been waiting with bated breath for such a device.

Despite the decent response to the leaked pictures of the BlackBerry Android Venice Slider so far, it seems as if the market is betting against the device, and against almost any move that John Chen and his team make into hardware.

Shares in BlackBerry have lost more than 25 percent of their value in the last three months of trading. though it’s clear that Mr. Chen and his team have stopped the handset maker from visibly falling apart, it’s not so clear that he has a good plan to make money with the firm’s assets.

BlackBerry is now a $4B firm with opportunities in many different worlds, but no actual success to show for it in recent years. Selling its products has been a problem, and, if Wall Street is right, it will continue to be one for some time to come.

Morgan Stanley analyst James Faucette said, in a recent report on BlackBerry, that he saw “no evidence of a turnaround” at Waterloo. He said that though he appreciated Mr. Chen’s efforts in reducing costs and cutting off losing business, he didn’t see any reason to really back the firm after its most recent report.

Given the little ground that BlackBerry ,   has made in hardware in recent years, and the amount of ground it has lost, it’s unlikely that Wall Street will emphatically back the Venice Android Slider from the firm.