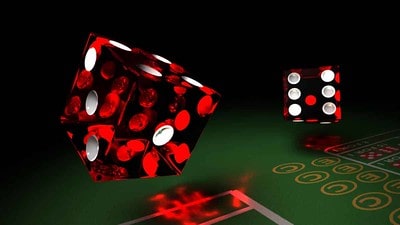 MintDice is one of a raft of new Bitcoin casinos that have contributed to a surge of digital coins in circulation around the world.

Due to the loosely regulated nature of digital currencies it difficult to monitor the precise amount of digital money in use, but some estimates say these gaming sites have boosted the amount of cryptocurrency in use fivefold over the last six or seven years.

Bitcoin casinos offer traditional casino games such as roulette or poker, but also add other games of chance such as sports-based betting, online lotteries, or spread betting.

MintDice, which launched in 2017, runs a number of games including dice, slots and Plinko, where a ball tumbles against obstacles into one of five holes. It also runs a game called Bit. Rocket, a crash contest where users bet on when a launch rocket falls to the ground.

Bitcoin casinos typically provide new users who register with an in-house wallet, which gamblers can transfer funds into.

A user’s cash is held here, and bets are transferred from this store when playing games at the casino. Profits or losses are taken or withdrawn from these wallets.

Players can also make transfers to their own private digital wallets, although most casinos have withdrawal limits, which prevents users from cashing out all at once.

Sophisticated software is at the heart of all online gambling, and this holds true for bitcoin casinos.

The software conducts and runs the game, with little human intervention.

Due to the digital nature of their business, bitcoin casinos face the challenge of convincing the users about the fairness of their operations. Most bitcoin casinos attempt to establish trust by openly disclosing how their software algorithms work.

The business allows users to take a look at its gaming algorithms by simply clicking on the platform’s BetID buttons.

“Any user can retroactively verify any of their bets to confirm that they had a fair shake,” says MintDice.

Bitcoin casinos have become popular for several reasons. Like most digital coin operations, they can be used largely anonymously, which is attractive to most people who use digital currency.

Similarly, to traditional online gambolling sites, Bitcoin casinos typically exist in a legal grey area where regulations differ from nation to nation. For instance, it is illegal to run a bitcoin operation in the US, although US gamblers are among the biggest users of Bitcoin casinos.

These digital coin sites can customise and tweak games, in ways that more heavily regulated rivals are not, which further adds to the popularity of cryptocurrency platforms.

MintDice is based in the European Union, its parent company Prism Sentinel, is registered in the Caribbean island of Curacao, an autonomous country under the auspicious of the Netherlands.

Are you looking for bitcoin trading? Check out this guide to the best bitcoin exchanges.