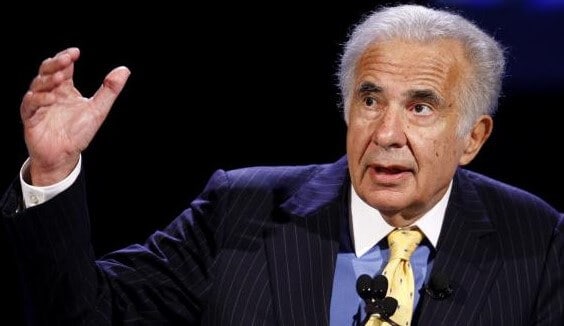 Billionaire investor Carl Icahn increased his stake in troubled car rental company Hertz Global (NYSE: HTZ) by 25.99% during the first three months of the year, increasing the number of shares owned to 55,342,109. He bought 11,416,257 Hertz shares in the first quarter.

While Hertz has generated consistent growth in both price and volume over the last three years, virus-related disruptions have devastated its business operations over the past few months, raising doubts about its ability to survive another year. Its shares are down almost 80% year to date, to stand at around $3 in Thursday morning trading.

In a 10-Q filing with the SEC, Hertz disclosed it may not be able to repay or refinance its hefty debt and “may not have sufficient cash flows from operations or liquidity to sustain its operating needs or to meet the company’s obligations as they become due” over the next 12 months.

Demand for Hertz’s rental cars practically vanished overnight around in March as the health crisis spread around the globe.

The 84-year-old investing guru Icahn , who has made a large bulk of his fortune from energy, also bought 10.5 million shares of Delek US Holdings (NYSE: DK) during the March quarter.

The filing with securities and exchange commission shows that Icahn has bought Delek stock around $13 when oil was close to its historical lows. The stock is currently trading around $22.

Energy stocks account for over 16% of its $18bn worth of stock portfolio.

Occidental Petroleum (NYSE: OXY), which has lost close to 70% of value in the last two months, is one of the Icahn’s most favorite stocks. The oil company accounted for 5.7% of Icahn’s stock portfolio at the end of the latest quarter.

Occidental has also been hit harder by oil price collapse amid its high debt and cash generation problems.

The value investing legend Icahn is known as Donald Trump of the financial world because of his aggressive stance.

Icahn’s latest proxy fight includes his criticism on the Occidental Petroleum board of directors in 2019 when investing guru said he wants to remove all the 10 directors from the board.

If you plan to invest in stocks like Carl Icahn, you can review our featured stock brokers here.