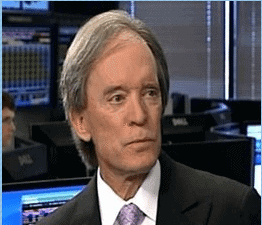 CFA Institute: – Convexity Hedging: What is it, and why does it matter? – David Schawel takes a high-level look at what convexity hedging is and how it affects the US Treasurys market.

Learn Bonds: – The de-leveraging supercycle & the lack of quality assets. – Conventional wisdom is that the market is being flooded with new bond issues.  In 2012, $6.98 trillion in new bonds were issued in the United States. While the market is doing a good job absorbing the new issuance for now, it’s only a matter of time before there is an imbalance between supply and demand. Jim Keegan would not agree. In fact, he thinks there is a shortage of quality assets available to fixed income investors.

Pawel Morski: – Government bond markets: Unfeeling psychopaths or rational keynesians? – Blaming the markets actually is therefore blaming the alarm for the fire, and measures to control spread volatility like measures to prevent fire casualties by removing the alarms.

Barron’s: – Junk Bonds: Cash cows for Wall Street but destined to see losses. – Further commentary on the Bloomberg story above. “I’m as skeptical of Wall Street’s motives as the next person, and all of the underlying points in the story are true enough, but framing the argument this way – suggesting a hint of impropriety, only to immediately refute it – feels a bit forced.”

MarketWatch: – Mayors, County and local leaders oppose move to cap tax-exempt municipal bonds that would harm infrastructure, jobs. – The U.S. Conference of Mayors (USCM), The National League of Cities (NLC) and the National Association of Counties (NACo) today called on Congress and the Administration to reject any proposals to hamstring the financing of local infrastructure projects by changing the tax-exempt status of municipal bonds.

FT Advisor: – CFA study says corporate bonds are overvalued. – Investors in the UK are now twice as pessimistic about the potential for strong returns from corporate bonds than they were a year ago, a study from CFA UK has found.

Investment Week: – Shaken and stirred: How to beat the fixed income hangover. – Asset manager Bruce Stout has urged investors to diversify out of bonds to avoid heavy losses when central banks stop the printing presses.

FT Advisor: – Act on short-term bond market influences. – Ben Bennett, investment management credit strategist at Legal & General has urged bond investors to profit from temporary rallies while remaining alert to a number of headwinds that could potentially cause a market correction in the long-term.

WSJ: – Cities may buy back stimulus bonds. – Some cities and towns may buy back the bonds they sold under a crisis-era federal program, as automatic spending cuts in Washington are set to slice $300 million annually from the program.

Bloomberg: – Bond cliff looms with slowest sales since 2008. – Company bond sales worldwide are on pace for the slowest February since 2008 as the prospect of rising interest rates in the U.S. and persistent recession in Europe quashes the busiest start to a year on record.

ETF Trends: – Junk bond ETFs would get hit by rising interest rates. – The risks to junk bonds are less about the bonds’ creditworthiness and more about benchmark government borrowing rates that eventually must rise after falling to a three-decade low.