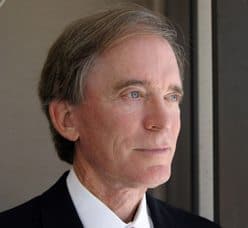 Bill Gross has a lot on his plate these days, single handedly running the world’s largest bond fund. But that hasn’t stopped him posting monthly investment outlook. Which is must read material for most investors.

This month Gross talks about the amount of leverage in the U.S. economy. Saying that the central bank must accommodate debtors by keeping its key lending rate low. The general consensus seems to be that the Fed funds rate, now anchored near zero, will begin to rise in the second half of 2015. But counter to many analysts, Gross thinks the rate will stop rising sooner than expected. Sooner, even, than the Fed expects. Here’s what he said:

“Estimates which average less than 2%, are much closer to financial reality than the average, 4% “blue dot” estimates of Fed “participants,” dismissed somewhat by Fed Chair Janet Yellen herself last month. Why is this academic “Fed Fight” important to markets? Well, if a bond investor knew whether 4% or 2% was the long term neutral policy rate, he/she would literally have the key to the kingdom.”

This falls in line with the view of New York Fed President William Dudley who gave an important speech in May of 2012 suggesting a “neutral real rate” close to 0% which would imply a 200-basis-point nominal rate if the Fed’s inflation target was hit.

So what does this mean for fixed income investors? While a lower funds rate would mean a less rocky path higher as the Fed elevates its funds rate, it also means yields will remain lower, and bond investors will earn less interest.

But fixed income investors don’t need to take this lying down. There are ways to fight back, – most of which involve taking different risks than you may be commonly used to taking says Gross: alternative assets, hedge funds, leveraged closed-end funds, a higher proportion of stocks vs. bonds in a personal portfolio, are all potential solutions in yield starved world.

You can read the full investment outlook here.

Montrose Daily Press: – Watch for different risk levels of “muni” bonds. – Are you thinking of investing in municipal bonds? — although some “munis” are subject to the alternative minimum tax. However, since not all municipal bonds are the same, you’ll want to know the differences — especially in terms of risk.

Yahoo Finance: – Municipal bonds in 2014: General obligation bonds down but not out. – Total municipal bond issuance in the first quarter of 2014, was $62.6 billion, down ~26% from the $84.3 billion issued in the first quarter of 2013. Issuance in February was just $15.6 billion, a 14-year low. Increasing interest rates were largely responsible for the declining trend in issuance.

Bloomberg: – Defaults fall to 2009 level as riskiest debt rises. – Municipal bonds are defaulting at the slowest pace in at least five years as a growing economy lifts the most speculative corners of the $3.7 trillion market.

Market Realist: – Must-know drivers that impact Treasury yields and ETFs like TLT. – Yield is the annualized return on investing in a bond, considering both coupon payments and redemption value (normally the face value). Like all other returns, bond yields are quoted in percentages.

IFR Asia: – Orders pour in for Apple’s US$12bn bond offering. – Investors rushed on Tuesday to get a piece of Apple’s new US$12bn seven-part bond deal, just the company’s second foray into the US bond market.

Businessweek: – Apollo’s Rowan sees ‘danger signs’ of crisis in debt markets. – Apollo Global Management LLC (APO:US) co-founder Marc Rowan said he sees many signs of a bubble in the credit markets that could lead to another financial crisis.

Investing.com: – 5 Reasons to now choose local vs. foreign emerging market debt. – In the current state of gradual and uneven recovery of EM assets, we favour a rotation from foreign to local currency fixed income instruments in many emerging markets, especially in countries where the interest rate cycles are peaking.

LearnBonds: – Are you a bond investment activist or pacifist? – One of the basic decisions one faces when building and managing a bond investment portfolio, or stock portfolio for that matter, is whether an active or a more passive strategy will be employed. With both schools of thought having its own sets of pros and cons, how you invest comes down to a matter of personal preference.

InvestmentNews: – Take charge with fixed income strategies for a rising rate environment. – As the bull market celebrates its fifth birthday, the party favors that financial advisers may be wishing for most – other than predictability over the next five years – are answers.