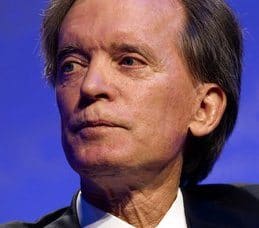 About.com: – Should you buy TIPS now? Two experts urge caution. – In a recent article, Jeff Reeves editor at InvestorPlace.com writes that individual TIPS bonds may be useful for capital preservation but little else. “Yes, TIPS are very low-risk and provide an inflation hedge,” he writes. “But they don’t offer much upside amid modest inflation and the threat of higher rates in the near future. Investors need to remember this before they plow too much into TIPS.”

BusinessInsider: – 3 must-see charts on the raging bull market in junk bonds. – Morgan Stanley’s Vincent Reinhart and Matthew Hornbach look at the scene in corporate credit and determine that the market might be “modestly rich” rather than straight-up “overheated.” Three charts from their work stand out, that nicely call into question the idea of a bubble.

Learn Bonds: – High Yield corporate bonds month in review – February 2013. – In the world of fixed income, investing in high yield bonds is what’s currently in vogue.  And it’s understandable given the desperate search for yield in today’s ultra-low-interest-rate environment.  Due to the popularity of high yield corporate bonds, I thought it might be useful to provide a look at some of the high yield market’s internals from the month of February.

Money Week: – What bond markets are telling us. – Merryn Somerset Webb discusses with MoneyWeek regular James Ferguson what the recent surge in US Treasury yields tells us about investors’ fears.

ETF Database: – Using municipal bond ETFs to avoid tax hikes. – Nothing rings more true than Ben Franklin’s famous quote, “In this world nothing is certain but death and taxes.” Looking past the morbid side of that statement, higher taxes are almost certainly coming in the next few years, regardless of who is in office, as local counties, states and the federal government all look to fill their dwindling coffers. The good news for investors is that there is a partial solution to all of this – municipal bonds.

Sunlight: – New rule takes on pay-to-play in muni bonds. – Sunlight has long been an advocate for not only improved transparency of government institutions but also for thoughtful transparency measures that has open data standards in mind. Today we submitted a letter to the Municipal Securities Rulemaking Board (MSRB) supporting a proposed rule change that would give voters more information about who is trying to influence bond ballot issues.