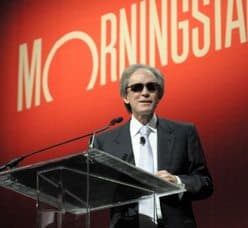 Bill Gross’s salary has long been a topic of conversation across the trading desks that line the skyscraper canyons of Wall Street. From hedge fund managers to college interns, they all want to know just how much Bill Gross made at PIMCO?

Well now they no longer have to guess, because Barry Ritholtz claims to have the answer. According to Ritholtz, Gross earned $290 million as his year-end bonus for 2013. And if you think Gross took the lion’s share of the bonus fund, you’d be wrong. Mohamed El-Erian, Pimco’s former chief executive officer and one-time heir apparent to Gross, reportedly  received a cool $230 million for his troubles.

It’s no secret that neither of these two bond managers are still at the firm. El-Erian left in March and Gross left in September to run the fledgling Janus Unconstrained Bond fund. Meaning this years bonus fund is close to half-a-billion dollars heavier.

So if you’re a college intern and you’ve just turned up to your first days work on a cold November morning on Wall Street. You’re in the wrong city, the real money is to be made under the swaying palm trees and balmy sunshine of Newport Beach California.

You can read the full report here.

Governing: – A green bond for public pensions. – Green investments are the current darling of Wall Street. The market for them is expected to exceed $40 billion this year, according to Bloomberg. But there’s one huge institutional player who’s being left out: state and local pension plans.

WSJ: – Is it too late to join the muni rally? – Municipal bonds have posted gains for 10 consecutive months, the longest rally in state and local government debt since 1992, according to Barclays . Munis, which have a reputation for stability and safety, have returned 8.1% this year, through Thursday, including both price gains and interest payments.

The Motley Fool: – Is corruption on Wall Street endemic or does it just seem like it is? – There will come a time in the not-too-distant future when Wall Street banks won’t be regularly chastised for ripping off customers, defrauding the federal and state governments, facilitating tax evasion, laundering money for sworn enemies of the United States, and manipulating bond, interest rate, foreign-exchange, and energy markets. When this time comes, however, it shouldn’t be interpreted as a sign that things have changed.

Bloomberg: – Human bond traders to coexist with machines at one firm. – Liquidity Finance LLP argues that in the struggle between man and machines in the bond market, both can win.

WSJ: – Kocherlakota says low inflation should keep Fed on hold. – (Subscription) The Federal Reserve could move further away from its 2% inflation target if it decides to raise interest rates next year, as many Fed officials have suggested and market participants expect, Minneapolis Fed President Narayana Kocherlakota said Thursday.

Income Investing: – Glut of new bonds creating muni bargains. – Muni bonds have had a great year, so there haven’t really been too many opportunities to bargain-shop lately. But that could change in the next few weeks, according to Morgan Stanley Wealth Management. A combination of heavy expected issuance of new muni bonds this month and year-end positioning by financial institutions could cause supply to temporarily overwhelm demand.

Bloomberg: – A $113 billion bet high-grade debt thrives on slowdown. – There’s about $113 billion that seems to be betting on a growth slowdown instead of higher interest rates.

Interactive Investor: – Investors should “snap up” high-yield bonds. – Western Asset claims that concerns over global growth, central banks starting to tighten policy and a lack of liquidity have all contributed to a “painful re-pricing” of high yield in the last three months.

Bloomberg: – Alibaba said to seek $8 billion in bond for loan repayment. – Alibaba Group Holding Ltd. (BABA) is planning to raise as much as $8 billion as soon as next week in its first U.S. bond sale, just two months after the Chinese company completed the biggest public stock offering ever, people with knowledge of the matter said.

WSJ: – Twitter debt rated as junk. – (Subscription) Twitter Inc. ’s debt was rated as junk on Thursday by Standard & Poor’s Ratings Services, a sobering grade that comes a day after executives of the social media service tried to reassure skeptics on Wall Street of its long-term growth plan.

Citywire: – How to stay liquid when swimming in high yield waters. – Despite offering short-term gains, high-yield bonds often run the risk of illiquidity. Three fund managers explain how they keep their heads above water.

InvestorPlace: – Emerging market bonds: Where do we go from here? – Investors that were early to identify the attractive valuations following the volatility in emerging market bonds in early 2014 are still sitting atop a pile of gains, yet in recent months new investors haven’t experienced the same steady uptrend.

Morningstar: – Emerging market investment for the risk averse. – Don’t want to take on the risk of emerging markets investment, but do want exposure to the economic growth opportunities? Choose UK, US and European stocks with global revenues.

Bond Vigilantes: – EM corporate bonds: Spreads are attractive compared to developed markets. – Emerging market corporate bonds are a fast-growing segment of the fixed income market. The hard-currency EM bond market has doubled in size since 2010 and is now worth over $1.3 trillion – which makes it as big as the US high-yield market. Including local-currency bonds, the Bank of International Settlements estimated that the EM corporate bond market was worth nearly $4 trillion at year-end 2013.

ETF Trends: – Use bond ETFs to managed your risk exposure. – Investors can utilize bond exchange traded funds to craft a customized fixed-income portfolio and to minimize exposure to potential risks in a changing bond market environment.

Fox Business: – Bond index funds are drawing billions of dollars. – More money is flowing into mutual funds and exchange-traded funds that track bond indexes, lured by low expenses. It’s been a relatively slow migration, but investors got a big jolt in September with the sudden departure of famed bond guru Bill Gross from PIMCO.

Morningstar: – BOND Still excellent without Bill Gross. – Although Morningstar does not assign Morningstar Analyst Ratings to ETFs, PIMCO Total Return was downgraded to Bronze from Gold in the aftermath of Gross’ departure. Bronze is our lowest-conviction positive rating, but it indicates that Morningstar believes the fund will outperform its category peers on a risk-adjusted basis over a full market cycle. Morningstar also maintains a positive view on the quality of the fund’s new portfolio managers and its existing investing process, which is unlikely to change significantly. BOND remains a fine core bond fund.

Remember last month’s retail sales that crashed the UST market because they were 0.2 lower? Well they were just revised 0.2 up…

a series of unexpected high yield bond defaults in overleveraged companies in those sectors. Keep an eye on JNK and HYG. $JNK

As astute manager of risk will not ignore #Detroit implications for other GO pledges, especially the lower you go on the rating spectrum.