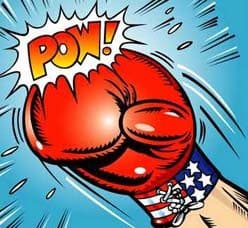 iStockAnalyst: – Bond yields gone wild? – With the Federal Reserve’s intention to taper its easing, yields have risen quickly, causing municipal bonds to experience their worst decline since September 2008. In the second quarter, the Barclays Capital Municipal Bond Index lost nearly 3 percent, with the long end of the yield curve receiving the biggest blow, as bonds maturing in 20 years fell more than 4 percent. We view this swift shift as a buying opportunity, as yields seemed to have moved too far, too fast, says Portfolio Manager John Derrick.

Learn Bonds: – You can predict market direction. – Despite what a lot of people write and say, you can successfully predict the direction―either up or down―of interest rates, stock market indexes, the price of gold, etc. You cannot predict what will definitely happen, but you can predict what is more likely or, even, what is very likely to happen.

ETF Trends: – High-yield bond ETFs recovering from taper tantrum. – Speculative-grade corporate debt ETFs are up about 3% so far this week to recover some of the steep losses they suffered in May and June when Treasury yields spiked.

BusinessWeek: – Pimco bond guru Bill Gross bets on TIPS and loses. – On April 19, three weeks before he said the 30-year bull market in bonds was over, Bill Gross announced he was buying TIPS—Treasury Inflation-Protected Securities. In doing so, the bond guru bet that money printing by the world’s central banks would push up consumer prices. While the price of conventional Treasuries subsequently fell as he had predicted, so did the market’s fear of inflation, driving down the value of TIPS.

MarketWatch: – BlackRock, Nuveen turn bullish on junk bonds as spreads widen. – After a recent selloff in the junk bond market, big fixed-income funds such as those run by BlackRock and Nuveen Asset Management are finding value in high yield.

Fox Business: – Will investors shift from bonds to equities? – Russell Investments Chief Economist Michael Dueker on the outlook for the markets.

MarketWatch: – 5 bubbles investors need to watch. – The stock market has been choppy since mid-June, thanks in part to tapering talk and even more data that proves China is slowing down. As the Federal Reserve tightens policy and emerging-market demand cools, we are going to see plenty of unsustainable growth models fail to meet Wall Street expectations and slowly come apart at the seams.

LPL Financial: – Mid-year outlook 2013: Investors’ trail map to the markets. – LPL Financial Research takes a look at the first six months of what has been a volatile market and looks forward to the next six.

Forbes: – It’s time to reexamine your bond strategy.– If interest rates rise, I can tell you with almost mathematical precision what will happen to your bond values. As interest rates rise, bond values fall until a person buying them today gets the current rate of return to maturity. That means the person selling gets a “haircut” or capital loss. For any given interest rate change the most important variable to determine bond pricing is the time until the bond matures. The longer the time until the bond matures, the worse the damage.

Evariste Lefeuvre : – Bank loans vs. junk bonds: Is it all about higher Treasury yields? – Recent market moves are a reminder that the era of low yield is over, and that the determinants of U.S. high-yield returns will be much more varied than the simple directionality of U.S. stocks. Therefore, as the leverage loan market remains far away from its excesses of 2006/07 and as U.S. long-term interest rates are poised to rise further in the second half of the year, there is a potential for bank loans to outperform over high-yield bonds.