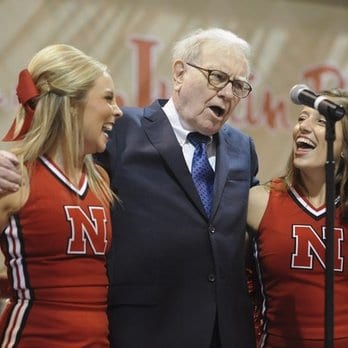 “Berkshire Hathaway has a significant growth advantage (cash will not flow, it will gush) and a material valuation advantage,” he writes in MarketWatch.

Class B shares of Berkshire Hathaway are down over 5 percent in the past 12 months, compared to a 4 percent drop in the S&P 500 Index.

Berkshire Hathaway Should be a Part of Every Long Term Portfolio

On the growth front, Rolfe notes that most Berkshire Hathaway businesses are profit power houses, which should appeal to investors; more so at a time when a large number of analysts on Wall Street expect corporate earnings to decline during 2016.

“Berkshire Hathaway has a significant tailwind given the manifest competitive advantages of their three biggest businesses: railroads; utilities, and insurance,” he adds.

While Warren Buffett forecasts railroad earnings to remain weak during the year, Berkshire’s “recession-resistant” utility business should temper the projected decline. Also, Berkshire’s insurance business could prove to be another island of stability amid the ongoing economic uncertainty. As Buffett himself says, “If the winds don’t blow and the earth doesn’t shake over the next 12 months, Berkshire’s insurance business likely will once again pump out a billion or two or four in underwriting profits.”

On the valuation side, Berkshire Hathaway Inc.  trades at $138 a share, which translates to a price to book of mere 1.3X. That’s cheap by any valuation matrix! Further decline in the stock and Buffett may himself buy his shares back, as is evident from his well-documented desire to repurchase Berkshire stock at around 1.2 times book, or about $125 a share.

A look at both the daily and the weekly charts of Berkshire Hathaway suggest the stock has broken out of its down trend and is placed at a key resistance zone; a breakout above which should unlock further upside.

Berkshire spent most of last year in a bear trend. But the appearance of a higher peak and a higher trough last month indicates that shares have reversed trend. $139 is the next key level to watch out for. It coincides with multiple previous price pivots. A close above that zone, on decent volumes, could provide further support to the thesis that the stock has already bottomed, and is ready to mount a serious challenge to take out its life time high of $151.56.