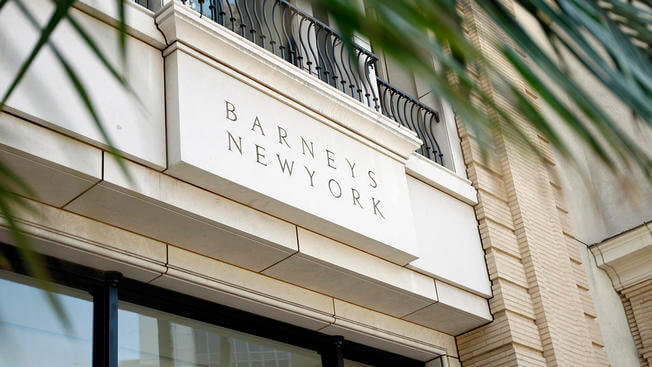 Barneys New York is no stranger to resilience and surviving under difficult circumstances, evidenced by the fact that when Prada began demanding more control over shop floor matters in American department stores, it managed to show its swagger and hang on.

However, the American chain of luxury department stores is now struggling and in the midst of bankruptcy proceedings. Barneys is highly regarded by its customer base because of its taste and selection, but tough times lie ahead.

It all started around the Prada situation mentioned above, as Barneys refused to cede to a leased shop-in-shop managed by any brand names. Barneys New York just wanted to keep their influence over the items bought.

Developing their Own Sites and Stores

The Barneys situation, having filed for bankruptcy last week, should prompt fashion and luxury companies to shift their attention to developing their own sites and stores and move past wholesale pacts.

Regarding that, the CEO of Storch Advisors Jerry Storch stated that the majority of luxury vendors would rather sell their items and merchandise at their own establishments, as opposed to doing it in wholesale.

Not only have their own stores helps brands have name power and their personal identity, but also, and perhaps most importantly, direct sales are substantially more convenient from a profit standpoint than wholesale agreements.

The fact remains that vendors need and want to control their own business decisions and operations, per Storch.

Reports state that Barneys New York owes Prada more than $1.5 million. It also owes money to other notable brands in the industry, such as Kering, Gucci, LVMH, and Givenchy, per the bankruptcy filings. Naturally, friction was increasing.

Shipments Had Been Slowing Down for Quite Some Time

The court filings of Barney’s state that merchandise shipments were already slowing down in the summer because brands and vendors clearly said that they wanted to be paid upon delivery to send their inventory. As a result, Barneys’ stock on investment brokers has suffered.

A source familiar with the supply network at Barneys observed that brands and vendors constantly talked about coming up with different ways to distribute their inventory. Barneys was taking a lot of time to pay and the industry was well aware of that.

Now, the US-based chain of luxury department stores has until October 24 to prevent being liquidated by finding someone to sell, per the terms of the bankruptcy filing’s financing.