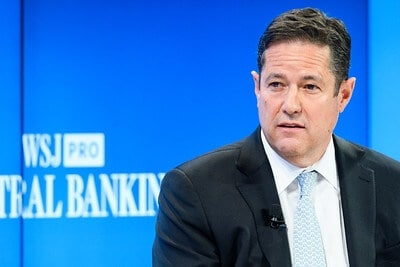 Barclays Bank is looking for a new chief executive to replace Jes Staley (pictured), as it becomes the latest European bank to look for new leadership.

Staley, 63, has held the position since 2015, has told colleagues that he is expected to step down from the role as the bank’s chief executive during the bank’s annual meeting in May 2021, according to the Financial Times.

Barclays may appoint an external recruiter

Barclay could be outsourcing the headhunting role to an external recruiter, possibly Egon Zehnder or Spencer Stuart. The hunt of a new chief executive could take almost a year to finalize, lead by chairman Nigel Higgins. The universal bank, sells everything from loans and mortgages to consumers to complex financial products to large corporations at its investment bank.

This change of management by Barclays comes as other top European banks make changes at the top. Credit Suisse, UBS, and the Royal Bank of Scotland, all changed senior management.

Meanwhile, HSBC is also looking for a new chief executive after ousting John Flint and temporarily replacing him with Noel Quinn, while ING plans to appoint a new leader by the autumn.

Britain’s financial regulator Financial Conduct Authority (FCA) is investigating Staley’s links with Jeffrey Epstein, the paedophile financier.  The Barclay’s board had already decided to replace Staley before the investigation began, however, the probe hastened the process. Last year, Epstein committed suicide while he was still awaiting trials for his role in the sex traffic of under-aged girls.

Barclay’s search for an executive will focus on candidates with experience in investment banking because more than 50% of the bank’s revenue is from corporate and investment banking.  However, a source close to the process warned that it may be difficult to get the right candidate from the US because pay packages of bankers there are much higher.

During Staley’s tenure at the bank, shares have fallen by about a quarter during his tenure and he faces his second regulatory investigation.

Less than two years ago, the Barclay’s boss faced a whistleblowing scandal that nearly cost him his job. City regulators fined Staley £640,000 for twice trying to reveal the identity of an anonymous whistleblower who had objected to a senior hire at the bank.