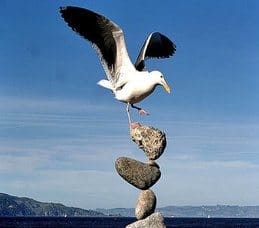 “I am constantly disappointed to see all the investment columnists and financial magazines that continue to urge investors to allocate a permanent portion of their portfolio to bonds, especially Treasuries and investment grade corporates, as a way to add “balance” or “stability.””

He goes on to say:

The idea of a “balanced portfolio” – stocks and bonds – has become a sort of mindless mantra on many investment sites and in countless articles… It has become enshrined in investment vehicles, like “balanced” mutual funds, the oldest of which – Vanguard’s Wellington Fund (65% stocks/35% bonds)

Mr. Bavaria’s previous article, “Savvy Senior Conservative IRA Portfolio Returns 16.4% in 2012” gives more insight into his style. The U.S. stock market did very well last year, after a rocky end to 2011 and a few balanced mutual funds returned between 9% and 10%, dips in the overall market last year helped dividend stock re-investors and mutual fund re-investors accumulate more shares for what has turned into a stellar beginning to 2013. The Vanguard Wellington Fund closed to new institutional investors just 12 days ago (it is stil open to individual investors), after a 10.9% gain in 2012; though Mr. Bavaria’s suggested portfolio supposedly performed better, Wellington was poised to generate cash with its bond positions, had the stock market not done well (and interest rates remained low.)

While I hope you have a chance to read Mr. Bavaria’s articles, I believe investors should have proper exposure to bonds and balanced mutual funds. The reason for this is simple, the financial markets have a tendency to fluctuate. Since Barack Obama took office the market has soared, however some analysts believe there is an artificiality to the current stock market levels.

To get an idea for why some think the current market levels are artificial you should realize the effect of inflation on the dollar, and the actions of the current White House to facilitate a recovery. When Barack Obama became president in 2009, $10,000 had the same buying power as $10,733 today, according to the Bureau of Labor Statistics Inflation Calculator. Now take a look at the performance of the Dow: 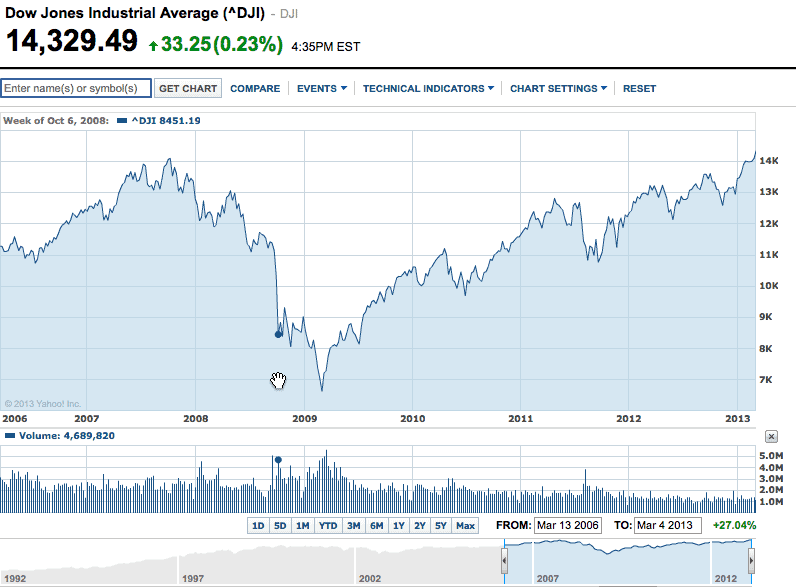 On October 1, 2007, during the George W. Bush administration, the Dow Jones Industrial Average closed at 14,066. By October 2008 the Dow Jones plummeted to below 8,500.  According to the inflation calculator, $10,000 in 2007 had the buying power of $11,106 today. Currently the Dow is at an all-time high; however, the dollar has less value and the overall U.S. credit rating is lower according to S&P. Though the U.S. credit rating was lowered, interest rates have fallen, whereas usually a lower credit rating requires the issuer to offer more. America effectively said “we will pay you less, to hold our lower rated treasuries.”

The Argument For Balance

Due to the fact the market is so unpredictable, bonds can act like an anchor. For everyone who picked the “ultimate portfolio” a year or two ago, there are many investors who were not as lucky.  I’ve read countless articles where the author proclaims a certain stock is a “sure thing” or another will “definitely go down,”  and as it turns out the stock did the complete opposite. Thus far in 2013, for instance, the market appears to have done the exact opposite of a “fiscal cliff,” though that was the warning call repeated thousands of times.

Larger investors include bonds in their portfolios simply because bonds have the ability to provide continuity. Keep in mind, there are risks to investing in bonds; a credit rating downgrade usually knocks the price down, then there is the dreaded default; others point to the fact inflation can negatively affect returns. For those not ready to jump into bonds and bond funds, or those who don’t think now is the best time to add more to existing bond positions, one asset to consider is a balanced mutual fund.

Though Mr. Bavaria went on in his article to say, “(Vanguard) Wellington is a fine fund, and I’ve owned it off and on for decades, but it would be even more attractive currently without its 35% bond portfolio,” I disagree. Investors simply do not know where the market will go, and though bonds may return less than stocks in a bull market, they should continue to generate income if the bear awakes.

This stream of cash is the consolation for so-called meager returns. Investors with smaller portfolios may not be able to afford direct exposure to bonds; however mutual funds, ETFs and closed-end funds provide the ability to gain indirect exposure. One of the top arguments against these funds is their expense ratio (the annual amount that the fund takes to pay for their service) though investors have the ability to pick and choose, based on Morningstar rating, past performance and the portfolio’s holdings. 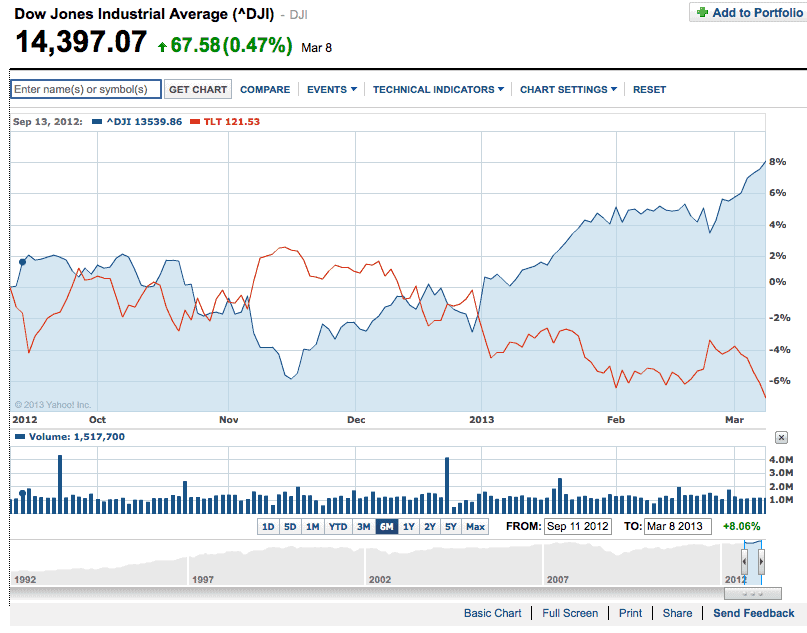 A strategy to consider, would be to watch for a potential stock market correction in the next 6 months. Traditionally investors say “sell in May and go away; don’t come back until St. Leger’s day (the second Saturday in September)” therefore bargain hunters might find better deals in the summer months. Since the stock market’s run-up, reports indicate some investors are taking more risks; though memories of the economic downturn make a strong case for a balanced (and patient) approach.

“It seems that investors are more comfortable with taking risk right now,” said Jack Ablin, chief investment officer at BMO Private Bank in Chicago. That’s despite the $1.2 trillion in automatic federal spending cuts that are scheduled to start March 1…

Recent unemployment numbers showed 7.7% unemployed, and the Fed has stated they will supposedly not raise rates until unemployment drops to 6.5%. I liked balanced mutual funds prior to the most recent gains, though the overall market has the potential to go into a range where balanced funds could be considered — not for oversized gains — for basic exposure to investments that generate stock dividends and fixed income, that many investors may not currently have any exposure to at all.

Disclaimer: This article is not a recommendation to buy or sell, please consult a financial adviser to determine proper allocations (if any) to meet your financial objectives. I am long RPBAX, VWINX, FBALX & WBALX and am considering VWELX and VBINX.