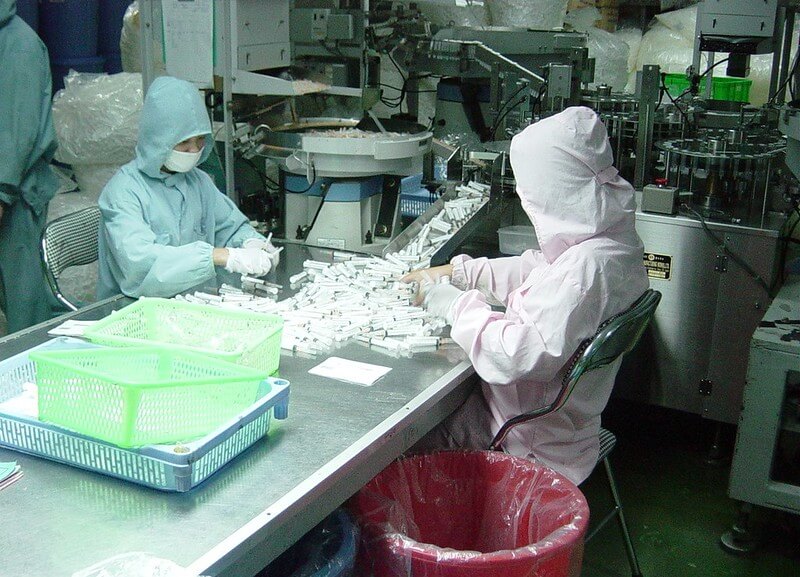 The UK-based engineering firm and the developer of the iPhone have joined the group of non-medical companies who are refocusing their manufacturing bases to provide much-needed medical equipment to health care workers and patients to combat coronavirus pandemic.

Babcock, a large European defense contractor, said earlier today that it was joining forces with a major supplier of critical care ventilators to manufacture at least 10,000 units in response to a spike in coronavirus cases in the UK, which are now approaching to 50,000 according to the most recent update.

Meanwhile, the Cupertino-based Apple has so far donated over 20 million N95 face masks for health care professionals in the US and is also planning to produce around 1 million face shields a week for medical workers, as cases in America surge.

Both Apple (AAPL) and Babcock (BAB) are up so far during today’s morning trading, with the Big Tech giant jumping by 5% and the UK based contractor gaining 6% in what appears to be a positive day for stocks worldwide, as investors hope that coronavirus cases may be peaking. 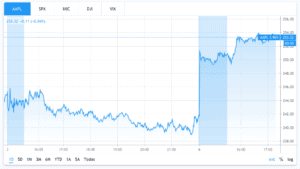 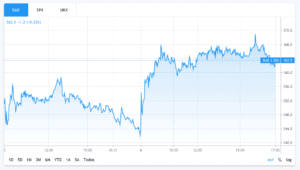 These two companies are the latest to join a small group of large businesses around the world who have redesigned their manufacturing processes to incorporate assembly lines for face masks, face shields, latex gloves, respirators, and so on, to contribute to the significant demand for medical gear resulting from an outbreak that is yet to be contained.

UK prime minister Boris Johnson has set a goal of producing 30,000 new ventilators and has asked for a “national effort” to assist those who are most vulnerable to the virus, and he recently met privately with 30 business leaders to ask them for their cooperation during this unprecedented crisis.

Similarly, US President Donald Trump, has invoked the Defense Production Act to compel certain US companies to manufacture critical equipment, as the country reaches the top of the daily list in new virus cases. Even though Trump has not yet forced companies to do so, he has said that this is a potential “last resort” in case the outbreak becomes a homeland security concern.

Companies such as General Motors, LVMH, and Chinese car-marker BYD are among those who have already put their wheels into motion, while others such as Ford and Rolls-Royce are evaluating the feasibility of adapting their manufacturing procedures to incorporate assembly lines that can produce a significant number of units per day.

The World Health Organization has estimated that medical workers will need at least 89 million face masks, 76 million gloves, and 1.6 million pairs of goggles to fight the outbreak on a global scale, while certain countries have voiced their concerns regarding the quality of certain tests produced by China.