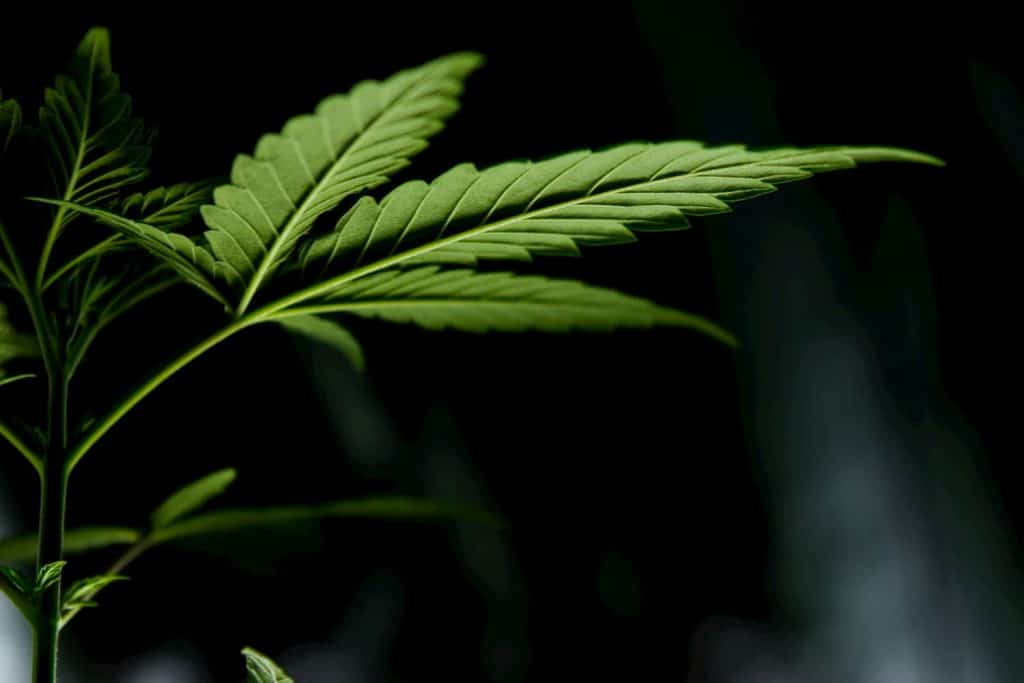 The Cannabis industry has been expanding around the world during the last few years. Many countries are starting to produce different cannabis-based products, while others are legalizing and regulating medical and recreative marijuana products for their populations.

Back in 2018, many cannabis stocks reached all-time highs and expanded massively in the financial markets. This year, several firms are signing new partnerships, securing funds from investors, and planning new investments.

Analysts are generally positive about hemp stocks and how they can evolve in the future, considering the industry is improving and becoming highly attractive for investors.

In this article, we will be comparing Aurora Cannabis (NYSE: ACB) with Aphria (NYSE: APHA). These are two of the most recognized cannabis companies operating in the market.

The main goal is to understand why these are distinguished companies in the cannabis industry, what they do, which services and products they offer, and whether their stock could grow in the future.

These two companies are two of the largest cannabis producers in the world, and they will eventually be competing to attract the most significant number of investors as possible.

Aphria Inc. is a Canadian cannabis company with a market capitalization of $1.3 billion that is currently listed on the New York Stock Exchange (NYSE). The firm is presently one of the largest companies in the industry.

The company, founded in 2014, started to expand not only in Canada but also in the United States and Germany through its subsidiary Aphria Deutschland GmbH. The firm received approval from Health Canada in March this year to operate a 1,100,000 square foot greenhouse and produce cannabis in Ontario.

Moreover, Aphria is currently working on another greenhouse in the Leamington area that would help it produce an additional 120,000 kg of cannabis per year. In Germany, the firm received one of only three domestic cultivation licenses that are issued by the German Federal Institute for Drugs and Medical Devices.

The approval allows the company to have access to a very restricted market that only a few companies can enter.

Aphria informs they are also using sunlight for the plantations to grow properly. At the same time, they go beyond industry standards to be sure that patients receive clean, safe, and pure cannabis products.

The company sells medical marijuana and various derivatives through retail sales and wholesale channels. They also sell adult-use cannabis besides their standard products.

Aurora Cannabis Inc. is also a Canadian cannabis producer that trades on the NYSE as well. The firm is already an established player in the market considering it was founded in 2006 and it already operates in Canada, Europe, and Australia.

Aurora Cannabis has a production capacity of over 600,000 kg per year. The company has been developing a highly automated greenhouse activity that allows the firm to reduce costs well below $1 per gram.

The firm is currently growing some of the safest and most thoroughly tested medical cannabis on the market since 2016 in their facility specifically designed to keep plants in an optimal condition.

At the moment, Aurora offers a wide variety of solutions and products including dried cannabis, capsules, cannabis oil, softgels, and more. This firm is currently trying to become the largest cannabis-based businesses in the world.

Aphria is currently the 10th largest cannabis company in the market with a valuation of $1.3 billion. Its stock price is now $5.19 after starting the year above $7.13 a share. That represents a price decrease of 27.2% YTD.

In the last three years, Aphria experienced a volatile price performance with several peaks with price increases of over 100% in short periods. The volatility is a positive thing for investors that are searching for a stock that breaks with the current monotony of low-risk and low-yield portfolios.

According to data provided by TipRanks, analysts consider that APHA could move up to $7.8 by September 2020 with a low estimate of $5.29 and a high estimate of $10.57. From the current levels, it is possible for this stock to grow between 1.92% considering the lowest estimate and 103.6% if it surges to the high estimate.

A few weeks ago, Aphria launched a cannabis education program to help parents talk to their children about the marijuana industry. The program is designed to inform adults on safe cannabis use and how to better deal with these topics with children.

The education program would help the company increase its presence in the market and attract a more significant number of interested individuals. Eventually, this project could help newcomers learn more about the industry and become active participants knowing which are the current standards for this activity.

In addition to it, Aphria joined Phase 2 of the Shoppers Drug Mart medical cannabis verification pilot program. Joining the program is also aimed at increasing transparency, interoperability, and product identification within the medical cannabis industry.

The company focuses on tackling all the issues that could arise in clients. They want to be sure that they offer the best solutions to those purchasing these cannabis-based products.

Irwin D. Simon, the Chairman/Interim CEO at Aphria, commented about it:

“We are thrilled to partner with Shoppers Drug Mart and TruTrace Technologies to increase transparency within the medical cannabis industry.”

An essential aspect of Aphria is that the company is also profitable compared to others, including Aurora. This is a crucial thing to take into account at the time of understanding how companies generate revenue.

Despite being a smaller company than Aurora, it is already generating income. This can eventually be used to expand its operations or confirm that its current business strategy and model are valid.

At the moment, Aurora Cannabis Inc. is the second-largest cannabis-based company in the market after Canopy Growth Corporation (NYSE: CGC), the most famous and recognized firm in the industry. Aurora has a market capitalization of $4.44 billion and a pre per share of $4.39.

According to data provided by TipRanks, Aurora could reach a price between $3.78 and $10.57 considering a low and high estimate. The average price target in a year is expected to be $7.05.

Aurora started the year with a price of $5.2. That shows its stock fell by -15.57%. In the last few years, Aurora surpassed $12 per share on several occasions.

Aurora is a company that despite being one of the largest in the Cannabis industry it is not yet profitable. This could have affected the company’s stock in the past. If this does not change, it could have a devastating effect on its stock price.

Nevertheless, the long-term looks bright for the company. The industry continues to expand, and many new countries are starting to legalize cannabis for the medical industry.

This marijuana company could eventually register a positive net income between 2020 and 2021. If that happens, things would drastically change for Aurora.

Furthermore, the company is currently trying to start growing cannabis outdoors. Back in July, the firm received a Health Canada license for outdoor cultivation at two Canadian sites. Considering the cannabis industry is evolving at all times, this could eventually be a turning point for the future of the company.

This new initiative would not only increase the company’s products, but it will also help the firm understand how different growing environments affect the quality of the marijuana they produce.

“We’ve always supported indoor grow, outdoor grow, home grow—however you grow cannabis, do your very best to do it. And really, that’s what drove us to build these wonderful facilities that have high yield with low risk and low cost and have high quality.”

It is worth pointing out that both companies, Aurora and Aphria, are open to partnering with companies from outside the cannabis industry. The main difference between these two firms is that Aurora is not considering to sell part of its operations to a major partner. However, Aphria is open to be bought by an outside company if they think doing so.

In the last year, Aphria’s stock underperformed Aurora’s one. The former fell almost 70% since September 2018. However, it fell around 77% in three months between September and December 2018.

In the short term, it seems that both stocks could continue falling, taking into account that support levels could eventually be broken. If that happens, both of these stocks are expected to move down even further.

However, considering the industry is very volatile, an unexpected event could eventually turn the market upwards. Cannabis stocks are very volatile, and investors should always pay close attention to how the price of these assets performs.

Specifically, Aphria should outperform other competitors to show it is a strong contender to reach the top 5 companies in the cannabis industry. At the same time, the firm should increase its presence in the market and use its profits to expand its facilities and production farms.

Being profitable is a tool that Aphria has and that Aurora doesn’t have to attract a more significant number of investors and improve its performance in the market.

Meanwhile, Aurora Cannabis must focus on becoming a profitable company, considering the market is becoming very competitive with firms that want to take advantage of changing regulatory frameworks.

Despite being one of the largest cannabis companies in the world, the industry is still growing, and there are many opportunities for smaller companies that Aurora would have to secure.

In this article, we have made a comparison between Aphria and Aurora Cannabis, two of the largest and most popular cannabis stocks in the market.

Cannabis stocks are very volatile. Investors should consider adding some cannabis stocks to their portfolio but in a smaller portion compared to other traditional assets. These marijuana stocks could be decisive in increasing investors’ profitability. Nonetheless, during bear markets, these stocks could eventually reduce the profit margins of a balanced portfolio.

The whole industry tends to move in tandem, which shows that owning different marijuana stocks tends not to reduce risk. Indeed, this increases exposure to a sector that is highly volatile and risky.

A professional investor would undoubtedly search for a few cannabis stocks and combine them with traditional assets and other investment tools to have an optimal portfolio balance.

Aphria seems to be a more volatile stock than Aurora Cannabis, which is very important to take into account at the time of investing in these companies.

The marijuana industry is attracting several investors from many countries, and these two companies are certainly at the forefront of the market.