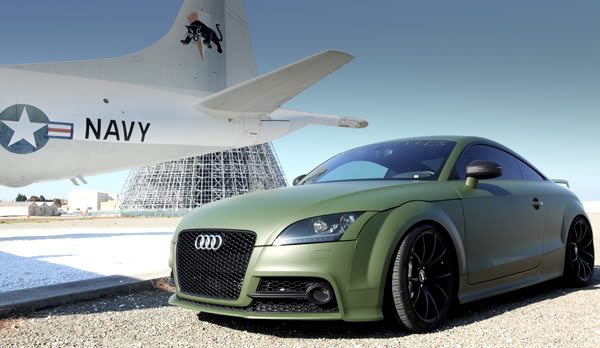 Audi AG (ETR:NSU) is known internationally as a manufacturer of quality vehicles, ranging from the high-performance Audi R8, to the affordable Audi A3. Headquartered in Bavaria, Germany, Audi is among firms like BMW (Bayerische Motoren Werke AG) (ETR:BMW) and Mercedes, who are renowned for their Germany engineering. While the firm has proven to be very successful in the automobile industry, could they replicate this success in the defense industry, where firms like Lockheed Martin Corporation (NYSE:LMT) & BAE Systems PLC (LON:BA) are active?

Manufacturing armaments e.g. tanks, fixed wing aircraft, surface-to-air missiles (SAMs) or attack helicopters requires a lot of technical expertise & resources. It is generally a long term investment, as the R & D phase tends to span over many years. This does not vary too much from the automobile industry. Manufacturers still spend a lot of time & resources designing, improving & building their vehicles, and they don’t turn a profit until a long time after their initial investment.

Despite some similarities, the figures in the two industries are very different. For example, as of the 05/04/2016, the Audi R8 (top of the range supercar) is listed for sale on their website for as little as $169156.66. Recently, the Composite World published an article stating that Straightline Aviation has signed a letter of intent to purchase 12 Lockheed Martin Hybrid Airships, at a price of around $40 million per unit (it should be noted that these airships are used for transport.) CEO of SLA Mike Kendrick said “We are delighted to be first in line with this magnificent aircraft that is going to dramatically change the way cargo is moved around the world.” Although the figures do seem to be miles apart, it doesn’t necessarily mean entering & operating in the armaments industry will be difficult for Audi.

Audi is a formidable company, producing more than 1.5 million cars in 2014, & generating a revenue of nearly $57 billion in 2012, with a profit of $4.95 billion. As of 2009, the firm’s assets were valued at more than $17 billion. The German automobile giant also employs nearly 70,000 workers. It should be noted that VW Volkswagen AG Preference Shares (ETR: VOW3) owns Audi, as well as several other car brands, so they potential resources & capacity is much greater than the figures above demonstrate.

As a result of the firm’s recent capabilities, & their past technological performances, it can be deduced that they could enter the defense market, but it is impossible to accurately predict how competitive they would be. As of 14:51 GMT +2, a share in Audi was trading at $718.29.

Today, it was reported that Audi had continuing to achieve sales growth in the US, for the 63rd consecutive month. Audi sold 18,392 vehicles in the US in March 2016, which shows a 7.5% increase in comparison to March 2015.