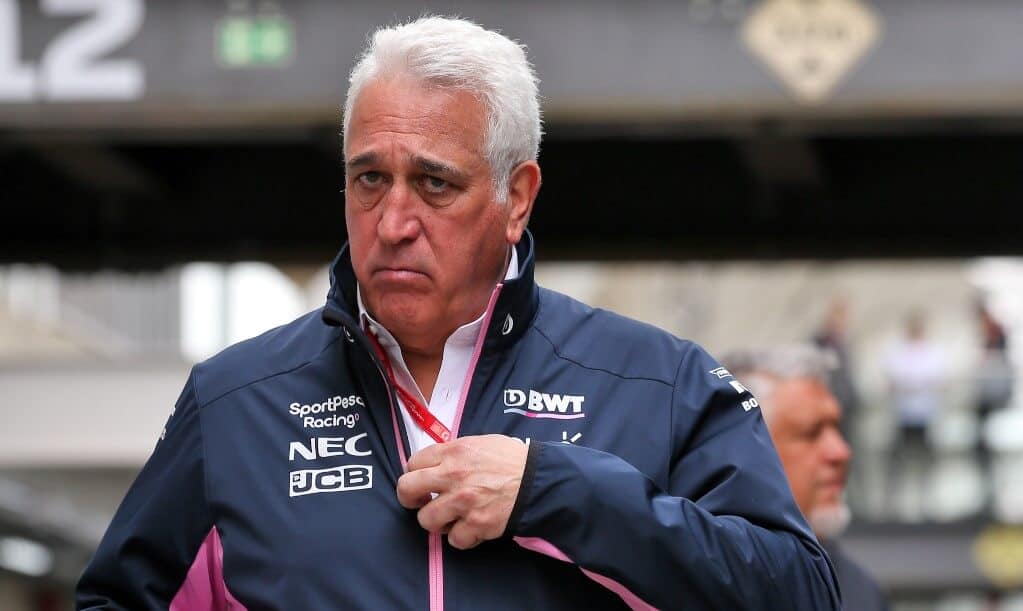 Fashion and Formula 1 billionaire Lawrence Stroll (pictured) led a consortium that saved the firm, which threatened to fall into bankruptcy for the eighth time in its 107-year history in January.

But Canadian Stroll faces a range of problems to fix at Aston Martin – whose cars are a staple of James Bond films.

How bad are today’s full-year results?

Warwickshire-based Aston Martin posted a pre-tax loss of £104m, deepening from a £68m loss in 2018, following a 9 per cent decline in sales to dealers.

Sales in China, Aston’s fastest-growing market, jumped 28 per cent over the year, but fell in the UK and Europe.

Shares fell 14 per cent to a record low of 328p after the firm announced its results. That left the company worth less than a fifth of its value at the time of its stock market float in October 2018, when shares began trading at £19.

Aston Martin expects “materially lower” sales in 2020 as it tries to reduce the number of cars held by dealers and it also warned that the Coronavirus outbreak could hit its supply chain and sales.

Who is behind last month’s rescue package?

Stroll led a consortium that will invest £182m in return for 16.7 per cent of the carmaker for £4 a share. The carmaker will also raise a £317m through a rights issue backed by two of its largest shareholders, Italian group Investindustrial and the Kuwaiti investment fund.

Stroll made his name in fashion investing in Polo Ralph Lauren, Tommy Hilfiger as well as buying a £100m majority stake in Michael Kors in 2003, which successfully floated eight years later.

The entrepreneur, reputed to be worth $2.6bn, controls the Racing Point F1 team, which will become the Aston Martin F1 team for at least ten years from the start of the 2021 season.

How does Stroll plan to stem Aston Martin’s losses?

The group has shelved plans to launch the Rapide E, the first all-electric Aston Martin vehicle. The relaunch of the Lagonda brand, which it plans to make the world’s first zero-emission luxury car, has been pushed to 2025 from 2022. It will focus on hybrid vehicles for now, starting with the Valhalla model in 2022.

The company said it will review its business, and plans to make £10m a year in cost cuts.

The business hopes that the forthcoming launch of the DBX sports utility vehicle, for which it has at least 1,800 orders, will bring in much-needed revenues.

The carmaker also hopes for a sales boost from the latest James Bond film, No Time to Die, released in April. Four Aston Martin cars will feature in what it hopes will be a blockbuster.