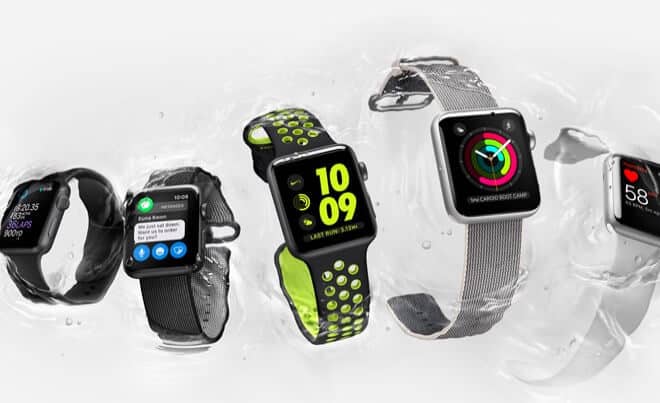 The world’s most successful premium tech brand is said to be cramming new dimensions of innovation into its next Apple Watch. Although 2016 looked relatively poor for Apple, the makers of the iPhone managed to end the year soaring. A large portion of Q4’s great figures came from iPhones sales and the revamped MacBooks. Since product upgrades look like a sure way to enhance appeal, we can expect a whole range of buffed up Apple gadgets to come along in 2017. Today, LearnBonds takes a look at the incoming Apple Watch Series 3 and features that fans can confidently look forward to in the coming months.

While the existing Apple Watch lineup comes in squarish designs, popular rivals like the Samsung Gear 2, Huawei Watch and Moto 360 from Motorola come in circular designs. These wrist gadgets also make use of Google’s Android operating system. However, analysts claim it is their conventional appearances that make them more approachable.

Apple still leads the smartwatch space despite the rise of industry rivals. Although, it would seems as if the demand for a more conventional-looking wrist gadget can no longer be ignored. This year could see the Cupertino tech major roll out a circular Apple Watch in order to boost its adoption.

The New Yorker questioned Apple’s Jony Ive — head of design — about whether the firm intends to make a round digital watch some time in the future. The design chief responded by saying it simply didn’t seem appropriate for that sort of product. “When a huge part of the function is lists, a circle just doesn’t make any sense,” Ive told the paper.

True to this stance, the square design can still be seen in the second edition of the Watch series, despite the demands for a conventional-looking wrist piece. In the months building up to the Watch Series 2, rumors had fans looking forward to a circular faced gadget. Alas, the firm held its ground and the device was revealed in the same shape as its older sibling.

It does look like Apple intends to launch a round Apple Watch though. The company already has round watch patent in its arsenal. It was filed in June 2015 — the same year that saw the first Apple Watch series unveiled. Allegedly, Apple is interested in adding an array of pixel columns and rows, each varying in length. This would “save space and reduce crowding” according to one report. It is possible that the firm is only waiting for the novelty of the square-like design to fade.

Apple looks keen to add key functions to its watch links. Recently discovered, a patent filed by the company shows an modular system of accessories in the form of watch joints. Picture links dedicated to battery power, biometric sensors, connectivity, camera functions, haptic feedback and speakers. These would effectively make up the watch’s metal band.

The patent was initially heard of in March 2016. It includes standardized links that hold working electronic components. These modular individual devices are made to appear and work as normal watch links, too. They will be attachable via some flexible conductive material similar to those in the Apple Link Bracelet.

Industry research has produces some concerning statistics about global smartwatch sales. The International Worldwide Quarterly Wearable Device Tracker was just updated it Q3 2016 results. They suggest Apple Watch sales were down more than 71 percent during the three months leading to Sept. 30. That is compared to the same time space in 2016.

Reportedly, the third quarter of 2015 saw had around 4 million Apple Watch sales. That is an impressive figure considering the Watch only landed in the 2nd quarter that year. IWQWDT claims Apple only manages to pull in 1.1 million watch sales during the 2016 September quarter. 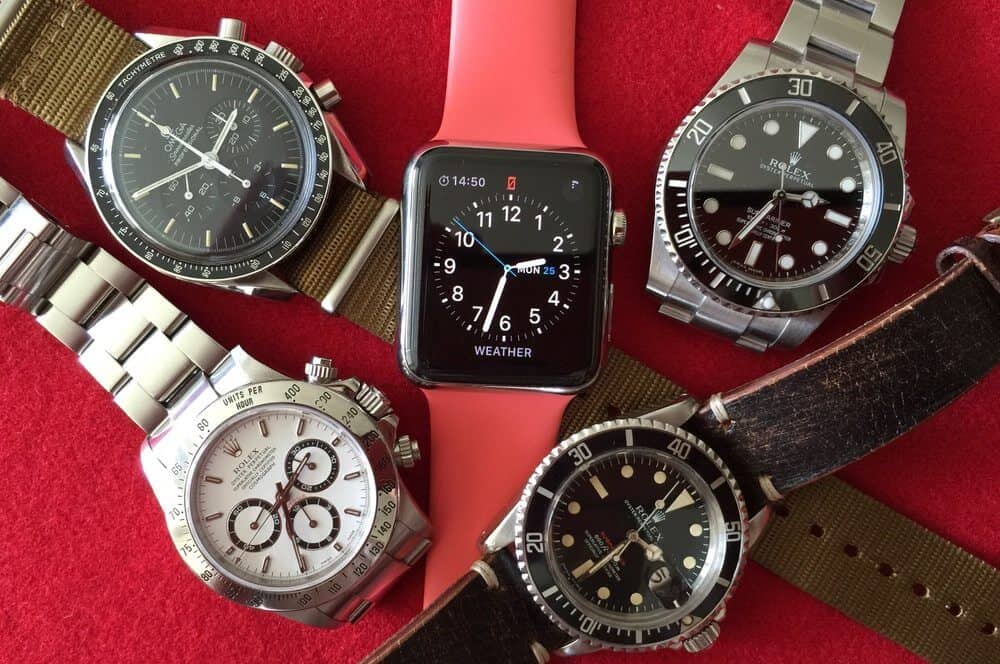 CEO Tim Cook has disputed these claims though. He claims Watch sales have been “great”and are set to do ever better this holiday season.”

“Our data shows that Apple Watch is doing great and looks to be one of the most popular holiday gifts this year,” Cook told Reuters last year. True to his world, the company saw a record-worthy Q4.

Cooks say the sales growth goes well beyond expectations. He also said the Watch sell-through seen in the first week of holiday shopping “was greater than any week in the product’s history”. The company projected that the past holiday quarter would be the Watch’s best quarter since its launch last year.

Apple Watch is a great seller

Apple is yet to give the public details about the Watch’s actual sales performance. This is mostly done to keep competitors in the dark. At quarter revenue calls, the company groups Watch sales with other ‘accessories’. Last September saw the unveiling of the latest Watch, dubbed Series 2. The iPhone maker also collaborated with sportswear giant Nike to produce a new Nike+ edition of the Watch. It is speculated that both these items pulled in large sales numbers this Christmas season.

The last few days saw Tim Cook and his company share their three month earnings leading up to December 31. The Christmas quarter revealed massive gains with more than $17 billion in overall profits. Apple Inc. remains at the head of smartwatch sales worldwide. The Apple Watch is also the globe’s second leading watch brand by revenue. First place still goes to Rolex in that regard. It is interesting to know that Apple has a round design stashed away in its back pocket. The secured watch link patent is equally as exciting. Maybe 2017 will be the year these designs get put to use.

What are your thoughts on the Apple Watch? Is the product in dire need of an upgrade, or can the makers of the gadget hold off from upgrading it this year? What features would you like to see on the next edition? We would love to here from you, so feel free to leave a comment below. You can also keep the conversation going by sharing this page on social platforms.