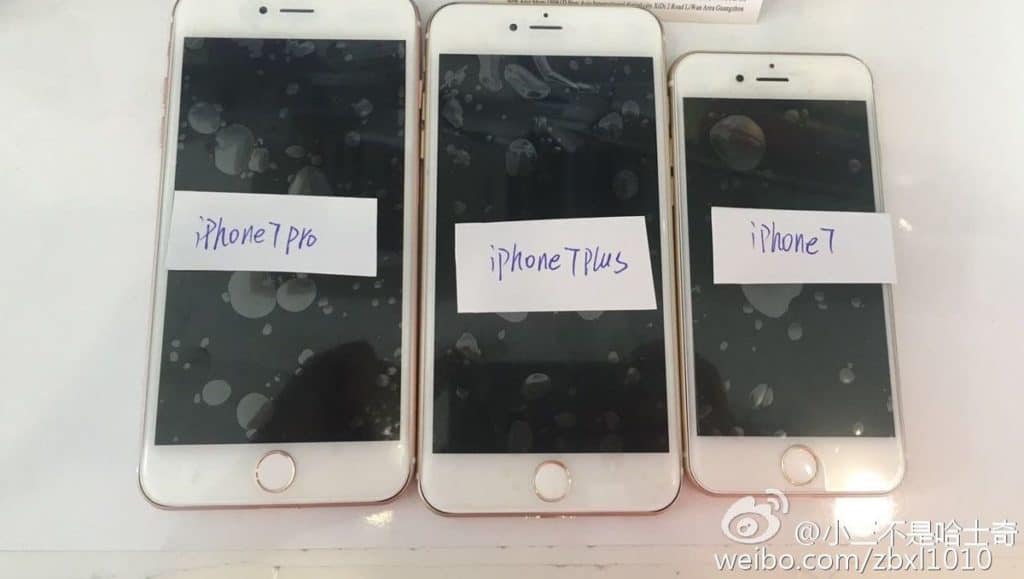 Apple Inc. might release three iPhone 7 models this fall, according to new images posted on French site Nowherelse.fr on Chinese blog Weibo. According to a report published on Mashable, Apple could release two new models and an iPhone 7 Pro version with the rumored dual rear cameras, three-dot smart connector presumably for connecting accessories and possibly better specs. As we reported earlier, Apple is expected to reveal the iPhone 7 in September.

The leaked photos, which are unconfirmed, allegedly show off the front and back of three iPhone 7 models. There is a regular version, a Plus edition and a new Pro model. The regular iPhone 7 would have a 4.7-inch screen, while the Plus and Pro models would be equipped with a 5.5-inch display, CNET reported.

Rumors suggest that the third model’s camera technology will be dissimilar to what the company offer in the iPhone 7 and 7 Plus.

Apple Inc. is worried about the declining iPhone sales. The U.S. tech giant sold 51.2 million smartphones during the second quarter, versus 61.2 million in the same period a year ago. In China, the company’s most important market after the United States, sales were dropped by more than a quarter. Releasing three new models might help the company boosting its sales.

Additionally, there are rumors that Apple is planning to launch a completely re-designed smartphones in 2017 to celebrate the 10th anniversary of iPhones.

The rumors mill is saying that Apple may launch its new iPhone with a dual-rear camera. Leaked images show the dual-rear camera setup, according to a report published on Digit.

Rumors suggest that the iPhone 7 will have a curved design panel, which is unlikely. Rumors also suggesting that the iPhone 7 may have a ceramic back (like the One Plus X), which would make wireless charging easier to integrate in the phone.

There would be no antenna stripes at the back, and would remain at the top, bottom, and sides of the smartphone. It is also highly likely that the iPhone 7 will be available in Silver, Gold, Space Grey and Rose Gold colors.

Raymond James Analyst Tavis McCourt is speculating that Apple may not launch the iPhone 7 in 2016. The U.S. tech giant usually reveals its smartphone in early September with sales following one week later. McCourt said that the iPhone 7 may arrive earlier next year.