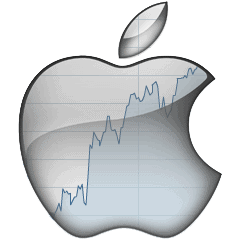 Apple Inc. was rumored to release new hardware as early as this week. Such expectations pushed the stock to new heights Monday, with many expecting new iPads. Angelo Zino – analyst at CFRA Research – says “Any new device launch bumps the stock.”

Last week, MacRumour – citing ‘reputable supply chain analysts’ – said Apple Inc. will release new hardware, but any development beyond that is not known. Analysts and trusted supply chain sources are suggesting that not just one, but Cupertino-based firm could debut three iPad models.

Talking of new hardware, investors and traders are increasingly bullish on the stock simply because word has come from reputed analysts such as KGI Securities analyst Ming-Chi Kuo. Last year, Kuo stated that three new iPads will arrive in 2017. Japanese blog Mac Otakara reiterated the same thing adding that refreshed iPad mini-series would also be launched this year as well.

9To5Mac believes that instead of a 10.5-inch iPad, the firm will launch a refreshed 9.7-inch and 12.9-inch iPad Pro models. Both the models are already due for updates, if the 12-18 months releasing cycle of Apple is to be considered. Further, another report claimed that new iPad will not be unveiled anytime before May or June of 2017.

A report from TechCrunch stated that the iPhone maker is testing its new iPad models in the greater San Francisco Bay area, along with Cupertino and its neighboring places. As per mobile marketing firm Fiksu, the new iPads will be launched this spring.

What else is pushing Apple stock?

It is not just the hardware buzz that is taking the stock to new highs, a holiday quarter and accumulation in the stock by billionaire investor Warren Buffet also stimulated the stock.

In the fourth-quarter, Buffet led Berkshire Hathway’s total investment in the iPhone maker was to the tune of 57 million share as per the SEC filings. Thereafter, Berkshire accumulated 120 million Apple shares.

Many analysts are now expecting the next stop for the stock to be $155. Talking of the stock, Zino says that Apple is a ‘no-risk’ stock, and expects a low double-digit growth year-over-year in new iPhone revenue later this year. The analyst feels that even if the March numbers disappoint, the tech giant is still set to outperform. “I expect significant improvements in aesthetics and functionality” from the new iPhone, the analyst said.

This year, Apple Inc. should also benefit from the increase in its research and development spending in China, which is one of its largest markets, as per Holger Mueller – an analyst at Constellation Research.