A report from The Korea Times criticized the U.S. tech giant Apple Inc. for its mobile app refund policy.

According to the report, some users are abusing the refund policy, and the company should allow the content developers to take part in the refund process in the process.

Apple is “providing ammunition to abusers who benefit from loopholes in their closed mobile application store refund policies,” the Times reported.

Apple has a full control in paying refunds on paid for mobile applications. The company determines whether to issue a refund to consumers.

The content developer wants to take part in the process under the company’s refund policy. In order to protect consumer rights, Apple does not provide information about users who have requested and received the refund. This is a problems for apps developers as they have to manually track down the users and check if “they continue to use the charged content they have already received refunds for.” The app developers want the company to allow them to see users’ details because the manual checking process takes a lot of time.

According to the report, app developers are concerned about abusive use of the refund policy by some users. They found that some users have abused the loophole in the policy to purchase charged content multiple times, request refunds and continue to consume the content without actually paying for it.

“In particular, some of the abusers have organized profitable businesses to operate the refund process on others’ behalf,” according to the report.

No Action Yet From Apple

The report suggests that Apple Inc. has taken no steps to fix this problem. The iPhone maker has not issued any statement regarding the loopholes in its refund policy.

The abusive use of the Apple’s refund policy is hitting mobile game companies financially hard. So, the game development firms and developers are taking their own measures “to counteract Apple,” which has so far remained silent on the issue.

Flint, a Korean mobile game development studio, has found that hundreds of users are abusing the refund policy. The studio, which offers the mobile role-playing game “Dragon Blaze” through its distribution partner Gamevil, said that it started a full analysis of user data since Nov. 23.

“By analyzing all payment data and logs, we have tracked down about 300 users who are suspected of abusing App store’s refund policy,” Flint CEO Kim Young-mo wrote in a posting on the official online community Dragon Blaze. “We pledge to root out the abusers by requesting the judicial authorities for an investigation.” 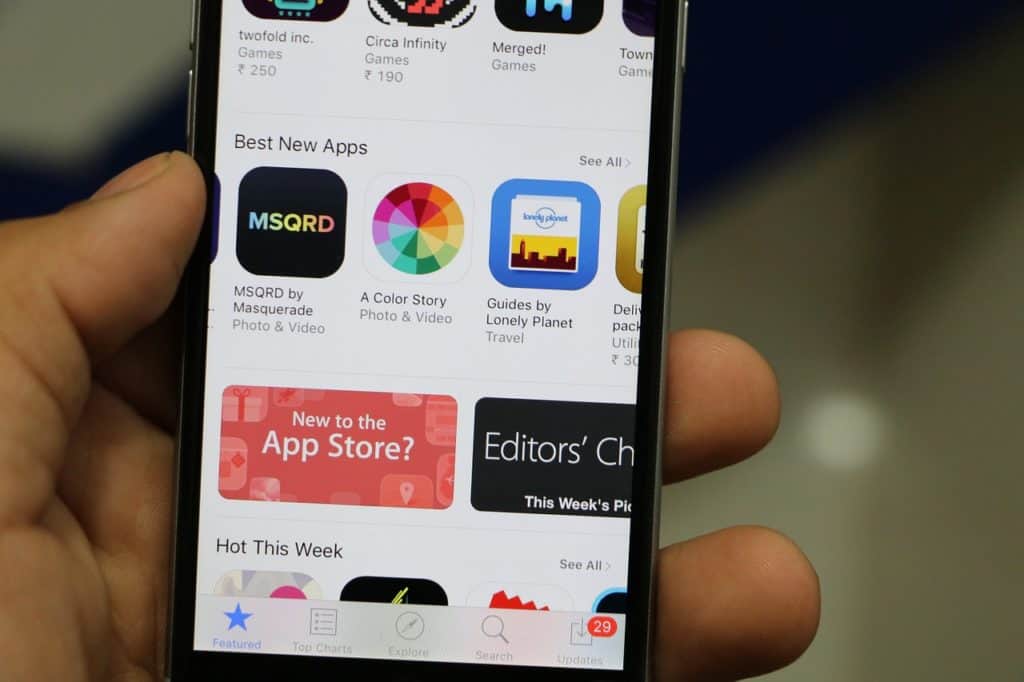 Next Floor, which distributes Destiny Child mobile game in Korea, is also dealing with abusers without Apple’s cooperation. “We are regulating those who abuse the payment process and damage other users under our management policy,” Next Floor said, noting that “unlike other application stores, Apple does not provide refund information to the game companies and we are having difficulties in promptly counteracting the problem.”

In addition, mobile game studio Nexon and Longtu Korea said that it had asked Apple Inc. for the lists of users who requested refunds several times, but the company did not respond.

“The company has asked Apple for the lists of users who requested refunds several times already,” a source from a mobile game company said. “But Apple did not respond. I cannot understand Apple’s policy in that it does not provide the list of people who abuse the system even when it is already causing problems in the market.”

Apple is expected to take an action against those app store’s refund policy abusers as soon as possible.

In other news, a new study by the Chartered Trading Standards Institute showed that fake iPhone chargers pose a significant safety risk to consumers. In October, the iPhone filed a lawsuit claiming that 90% of official charges sold on Amazon are fake.