Apple iPhone 8 rumors and predictions are rampant these days. Some believe the iPhone 8 will be so revolutionary that it will turn the tech world upside down. It may not even be called an iPhone. Expectations are being set so high that Apple could have a hard time satisfying consumers.  In any case, the next iteration of the smartphone is expected to be a game-changer with a revolutionary design and features we haven’t seen on any phone yet. Apple Inc. is expected to launch the iPhone 8 on the 10-year anniversary of the iPhone in 2017.

The iPhone 8 is expected to have OLED (organic light-emitting diodes) displays. OLED is better than LCD because they create their own light and don’t need to be backlit. Since the OLED display works without a backlight, it can be thinner and lighter than an LCD (liquid crystal) display. In low ambient light conditions such as a dark room, OLEDs can achieve a higher contrast ratio than an LCD. The OLED screen uses less battery due to how it relays pixels, and is more flexible than LCD displays. OLEDs also reduce chance of scratches and screen cracks. 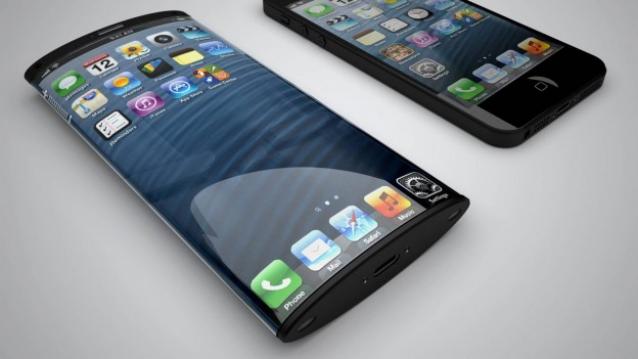 Apple’s supply chain reports that LCD display orders are a fraction of what they previously were.

7. Naming the next iPhone

According to Mac Rumors, next year’s iPhone is unlikely to be named the iPhone 7s. The publication reports that Apple is more likely to skip the “S” and move directly to the next full number, naming the handset “the iPhone 8.”

There is a possibility that Apple can move away from a numbered naming scheme and choose something else. The iPhone 8 isn’t an official name and the company is silent about the 2017 iPhone.

Apple is reportedly building the iPhone 8 in Israel. Reports suggesting that employees at the facility are calling the device “iPhone 8.” But it’s not clear whether that’s the official name or not.

A reasonable distance can be expected for the iPhone 8. This could end the constant worry of battery drainage if the iPhone can always be wirelessly tethered to a charger. Users should expect much, but next year is reported to be the year that the technology gets put to use on the iPhone.

The iPhone 8 is expected to feature an A-11 processor chip. Mac Rumors reported that chip maker TSMC is working on the A11 chip built on a 10-nanometer process.

TSMC is expected to receive a certification for the 10-nanometer process in late 2016, with production beginning in early 2017. The A11 chip will be smaller, faster, as well as is energy efficient.

The iPhone 8 is rumored to feature an all-glass body and curved-edged display technology. Reports suggesting that the phone will have an all-display front surface. There won’t be any bezels or borders, according to John Gruber, who is famous Apple blogger and podcaster.

KGI Securities analyst Ming-Chi Kuo believes the iPhone 8 would feature glass front and back design like the iPhone 4 and iPhone 4s. The analyst expects that the device will use either a stainless steel or aluminum metal casing with higher end models likely to feature stainless steel.

IHS analyst Kevin Wang believes the 2017 iPhone will include a “dual-curve” OLED display that covers the left and right edges of the device.

Apple is removing the iPhone’s iconic home button in the iPhone 8, suggests a report in Bloomberg. The home button will be replaced with fingerprint sensors that would be built into the screen, the report said.

There is no idea what technology is going to replace the home button in the iPhone 8. The company might develop touch and display driver integration (TDDI) chips with “integrated fingerprint sensors.”

The iPhone 8 is rumored to come with iris scanning feature. Reports from the company’s supply chain have suggested that Apple is working on an iris scanning technology, which will scan the iris of your eye and protect your device from unauthorized access.

According to the reports, Apple is sourcing iris scanning chips from Taiwan-based supplier Xintec.

The analyst expects that future models will come with optical image stabilization (OIS) for both the wide-angle and telephoto lenses.

Apple Inc. releases new iPhones in September, so the iPhone 8 is expected to arrive in September of 2017.